I’m asking a lot of questions, but I’m a newbie.

I’m at the end of the tutorial, however I am trying to change it so that when picking up the item, instead of it giving me health, energy mood etc, I would like it to show an image, in my case an image of a ripped page from a book. From Event Use Action (Read Action for me), what would I do from here? I haven’t the foggiest where to start.

I’m trying to make a picture or even a text box show up to say that “You read the note” then another text box to say what’s on the note at least. I have everything in the tutorial but I just want that to work.

It is easy enough, Transparent *.png can work for ripped paper, just got to make it.

Set it as image, I set a second image in background, with about 40% transparency

So it fade the background and forces played to select you buttons, 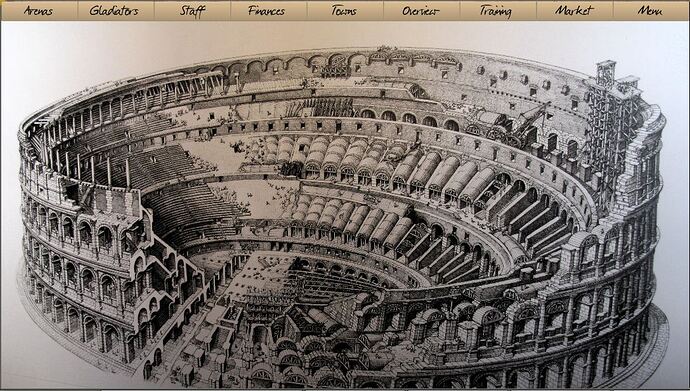 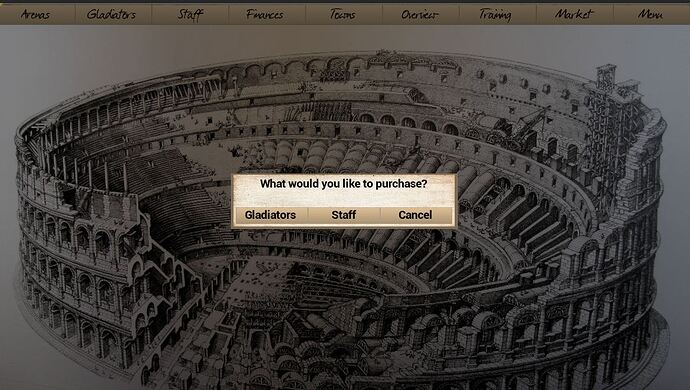 I don’t know the code to make this happen though >.< What would I do here to actually make the image show up? I really don’t know. 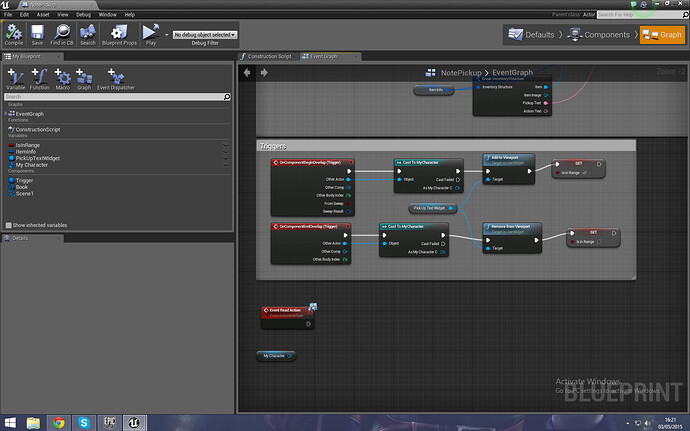 I’m probably making this wayy too complex than I need to.

I’m following the tutorial from Unreal about making a Basic Inventory. Instead of having it pick up an item and heal you, I want to make it so you can pick up the item and when clicking use, shows a picture, or a textbox for me to write a story into. From the code shown above (Do you need more?) Could you help me write this code?

If you want it even simpler or don’t want/need to create a binding you can also just do this:

Get a reference to your widget BP, drag a wire off, get ‘nameOfYourImage’, set visibility