I’m trying to make a notepad system, which contains simply a widget with a notepad texture, and a multi line editable textbox on top of it.

But the problem is:

1: horizontally, which I would like to avoid. I’ve put in auto wrapping and wrapping policy to per character wrapping,
but when I reach the horizontal end of the scroll box, and press SPACE, it still scrolls the whole thing away which is disgusting and I’ve no idea how to avoid it.

2: It is scrollable vertically either, but there are no options to limit it. I’ve tried limiting it in blueprint, with this stuff: 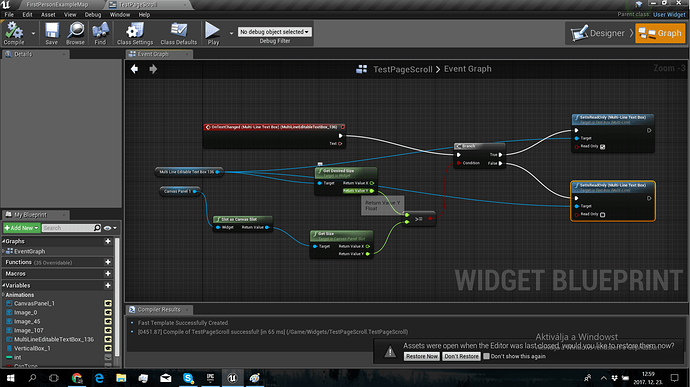 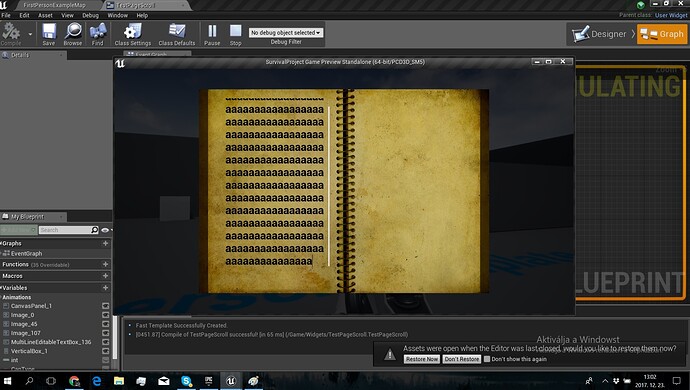 It still created a little scrolling… It made it read only , and I couldn’t write more, but too later, when it already scrolled…

Is there any options at all to limit vertical scrolling of this multi line editable textbox? Please if there is one, let me know…

Looking forward for any answer!

Did you ever figure this out? Same issue here. I see a way to use substring to limit character count, but that doesn’t take into account white space. With a goal of just not allowing the scroll bar at all, I wonder if it’s possible to do without a lengthy workaround?