(I posted this over on the forums too, but seems like here might be a better place.)

The user-friendliness of any UI relies on good response times to user input. I’m currently experiencing crazy lag with even the most basic setups in UMG.

To test this out in a very simple abstract form, I’ve created two things in UMG: a button and an image (currently just a white box): 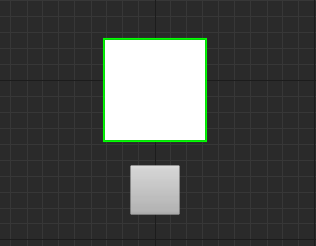 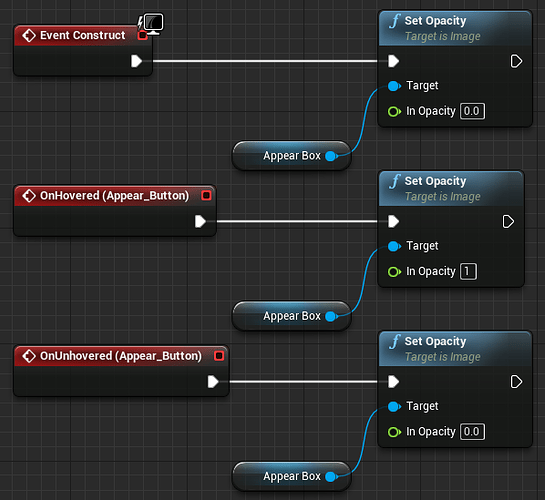 Here is the Level Blueprint, simply adding the widget and enabling all necessary mouse actions:

In both PIE and packaged builds there is a lag of around half a second between mousing over the button and the box appearing/disappearing. Half a second may not sound like much, but it’s very noticeable. It makes the UI feel clunky.

It seems to me that I’m asking for something very basic here – on a website, it’s very simple to code a button that responds instantly to mouse over events – and yet it’s laggy as hell.

Anyone else have this problem?

I don’t have the fastest computer in the world, but it is a Macbook Pro (late 2011) with 16GB ram and a 2.5Ghz i7, so I don’t see how something so simple could be lagging because of my machine.

Any help getting such interactions to be quick/instantaneous would be much appreciated!

A few players have reported the same issue. One of them has the same graphics card as I do, so I assume it is not hardware related.

I assume this is some sort of tool tip behavior, else wise this doesn’t make sense. Did you try alternative ways of getting this outcome? Using Set Visibility rather than Opacity?

I can’t see how you’re firing those OnHovered custom events. Buttons typically have Clicked, Pressed and Released events. If you are firing those checks every frame, you may want to look into Is Hovered instead. If you are experiencing lag - I would suggest not doing this on every Tick.

In my experience UMG is very responsive. I would suggest that the problem might be with your approach. Even something as silly as this works without lag on my system, give it a try:

Again, I don’t recommend doing this but it may help us narrow down to where your problem really lies. I doubt it’s hardware.