Goal: Player removes rust from a cube (aka “DynamicBP” because it contains a dynamic material), and the amount of rust removed is displayed in a 3D UMG known as “PanelMenu3D” (which is an actor bp that uses “PanelMenu” bp). So far, this works for a regular UMG that is attached to the viewport, but not as a 3D UMG. 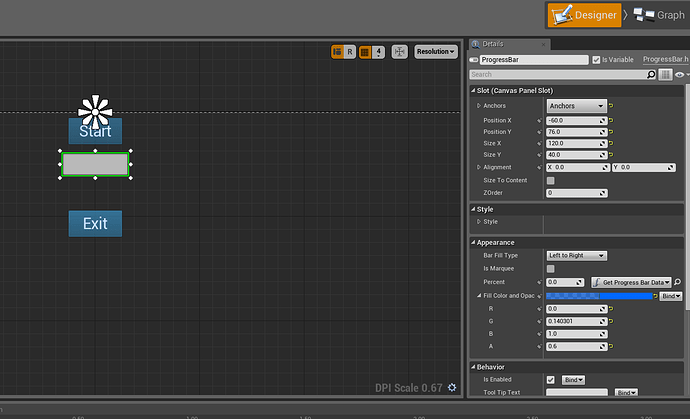 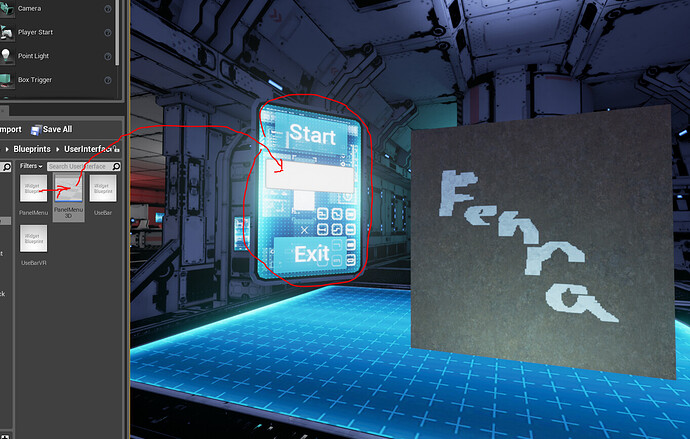 Figure 2: PanelMenu 3D in the level.

Problem: If I cast to DynamicBP from PanelMenu, the editor will crash on compile. See figure below.

Figure 3: The Problem. Editor will crash if I finish the connections and then compile.

Side note: A text box widget that I use as a timer display is cast in a similiar way to my character bp instead of DynamicBP, but this also will cause the same crash if I recreate it in my 3D UMG. Also, I have another UMG running that is attached to my viewport; all the HUD UMG does is appear when a user looks at a button, and then fills up a different progress bar for a second or so.

Since casting causes crashes, is there a workaround for a progress bar binding that gets the progress variable from DynamicBP?

I was unable to reproduce the crash with the information provided. I have a few questions that will help narrow down what issue it is that you are experiencing.

Example of a scalar parameter:

This is a picture of my 3D widget and a cube that is slowly disappearing. The progress bar shows how transparent the cube is.

The is my material. This is a simple example of how a scalar parameter can be set up. 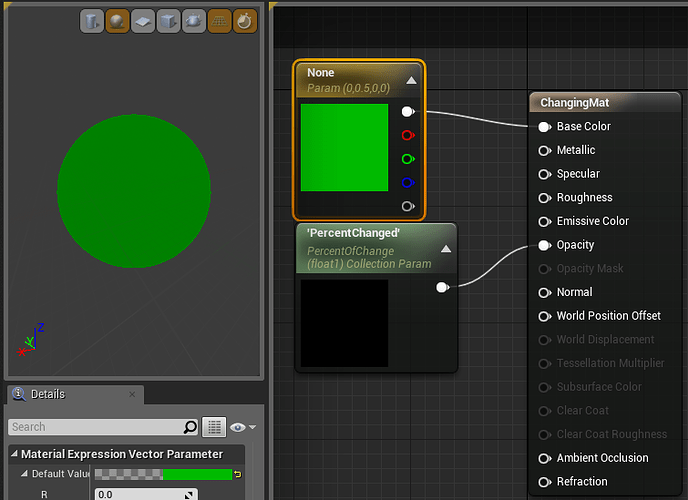 This is my Scalar parameter

This is my Widget event graph

This is my Widget 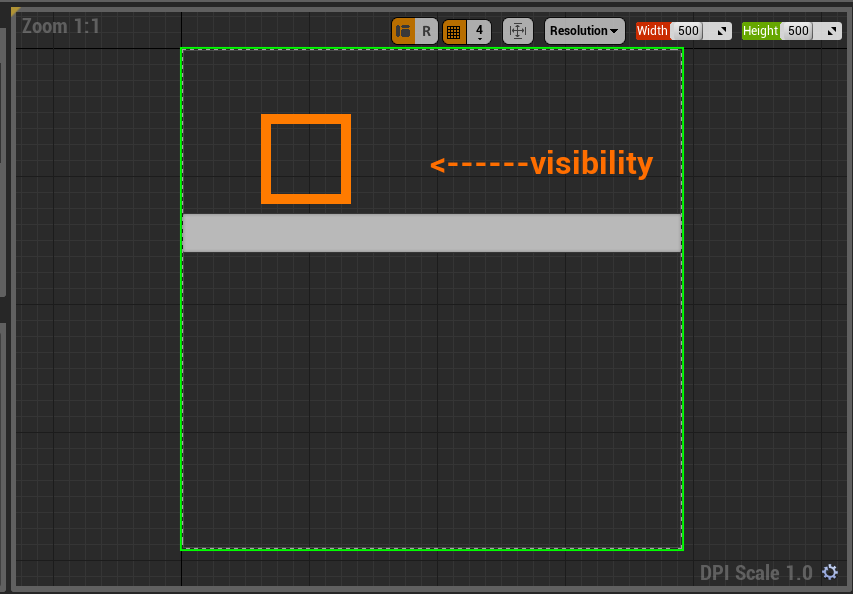 I’m finally back in office after the winter weather. I’ll try.

Step 2.) Open myCharacter blueprint and create a float variable ProgressData and set its default value to 1. Make it public (click the eye).

Step 3.) Create a new widget blueprint (i named it widgetBP). Add a progress bar that is roughly in the middle so it’s easy to see. Compile and save this blueprint.

Step 4.) Create a new actor blueprint (widgetBP_3D), and click add component and select “widget”. Set the widget class to drop menu to widgetBP. Set max interaction distance to 1. Compile and save. Add it to the level so you can see it.

Step 5.) Save all work, next step will cause crash.

Step 6.) Create binding for progress bar in the widgetBP and use picture below, and compile to crash.

I like your example, I didn’t know you could do that. However, in your example you are changing the variable in the widget bp and then the material is collecting it. I need sort of the reverse. I’m trying to get a variable that is changing in an actor bp to update widget bp.

This issue is not present in 4.7.1. So please disregard my question.

thanks for the assistance.