I’m building (in fact already built, needs testing) an encryption library for UE4, that I plan to release to the marketplace. I was wondering if you people were interested in such plugin?

That’s part of another plugin which I’m planing to make in the next months which will allow remote communication between the ue4 server and another desktop process to send commands to be executed ingame, for which I needed encryption functions for the data.

Here’s example of usage of the plugin:
RSA: 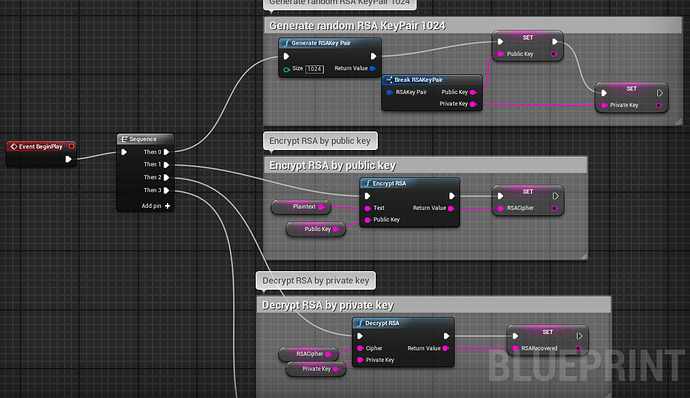 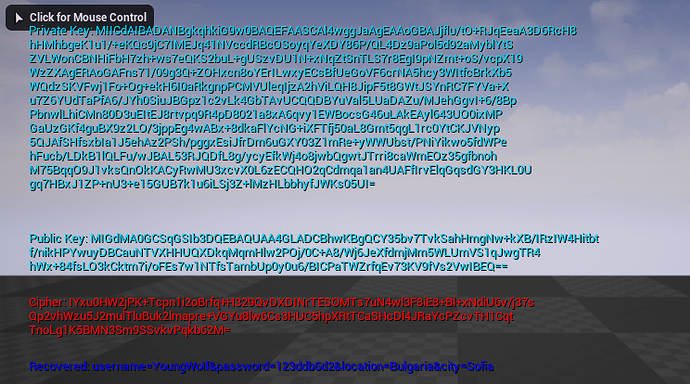 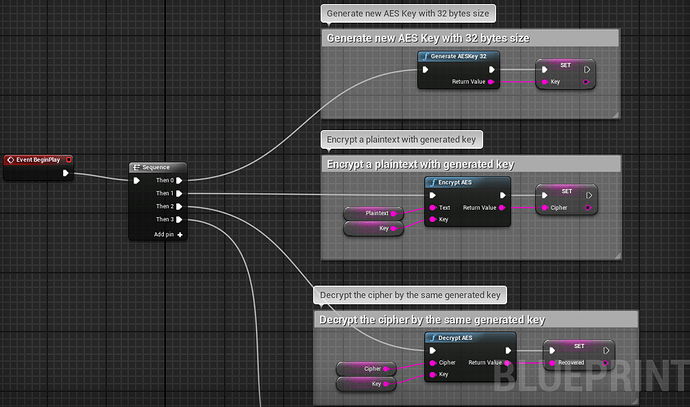 All the data on screen is in FString format so it’s very versatile to be used anywhere. Some notes: AES algorithm can generate 32 24 and 16 bytes key length, and RSA uses SHA OAEP, and all the binary data is base64 encoded.

It was pretty easy to decipher all the data from UE4 (which was dumped to files) in C# with the default libraries, though only RSA required additional libraries to be included (which I plan to compile a .dll and give it too).

So, are you interested in such a plugin? Would you buy it for a reasonable price?