Description: The Hero of this story reaches deep within to revisit many a frontiers of his past battles. Recalling the weather, the smell and most importantly the light! - or so it seems… 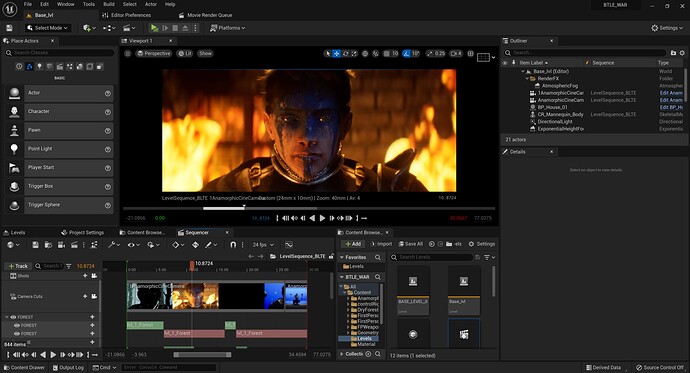 Overview of the Forge scene 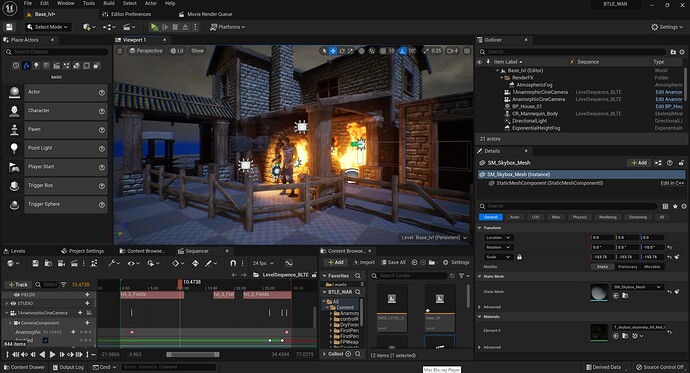 Overview of the forest, forge, fields and studio setup 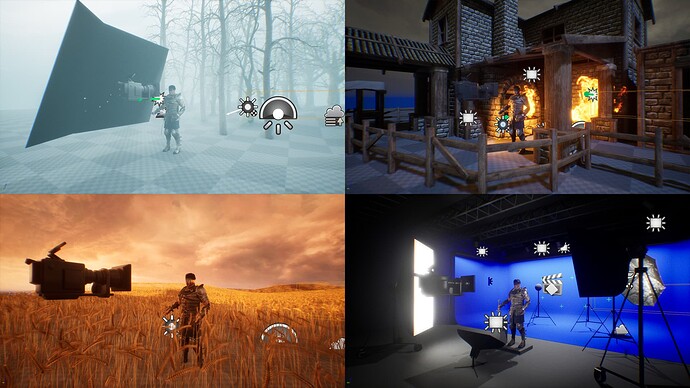 Overview of the Lighting modes in the forge scene (my favorite) 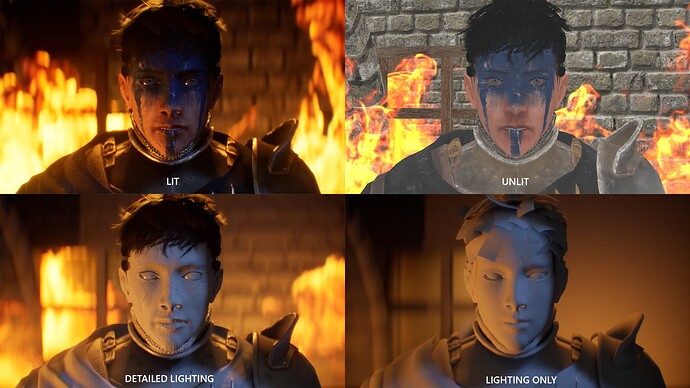 This challenge was quite interesting and tough to get right. It was a good chance to put my mental theory on level streaming into practice. My PC truly suffered for this challenge ! Always loaded levels + Lumen, brought it to its knees - I’m talking 10 fps - But nonetheless it gave me an opportunity to test Lumen’s speed. Talking of speed, I know Lumen isn’t built for fast switching levels but it would be good to have the option of really pushing the update and gather speed of Lumen!

What’s great with Lumen is, I can essentially light the scene how I would when shooting a narrative piece or and commercial. Want some negative fill? Just pop a dark plane next to the subject. Crazy! My background is in film and I work as a Cinematographer - seeing those methods translate over is an exciting start to this new era in real-time lighting!

Obviously with my PC crumbling to its knees I had another key issue. The movie renderer would just crash as soon as I tried to render the clip - I suspect the culprit is the level sequencer bugging out with all the levels being loaded in the unloaded via my direction in the sequencer? (I’ll need to file a bug report) As a result I’ve had to screen-record the engine, apologies for the low fps!

My Name is Shaka Agina and my background is primarily in film. I work as a cinematographer and you can find my portfolio here - shakaagina.com // I happen to have an Artstation portfolio too! - ArtStation - Shaka Agina

If I wasn’t working in film. I’d be working in games! I have a deep love for light and interpretation whatever the medium, and hope to bridge a gap from lighting in films to lighting in games, and look forward to the near future when I make that transition.

And a poll to top it off! Vote for your favorite scene below!