I migrated a few assets to an empty UE5 project to play with motion warping and before I could even get that far, I noticed that the root motion of the animation is broken in UE5. Here is a couple before and after gifs of the same animation

Just to rule out like a versioning issue with the uasset, I even tried reimporting from the original fbx source file, and the issue remains. This seems like a pretty significant root motion regression, but I’m assuming it’s not busted across the board, as I think the UE5 valley demo uses root motion. Anyone have an idea what’s going on here?

I dunno if I’m explaining this right but it is annoying anyway.

Building from source to see

Looks to me like the motion is still there, but on the wrong axis of movement.

To confirm you can highlight the root bone, slide the animation to the same frame on both engines, and look at the bone’s acrual distance.

And if that’s correct, the post above could be the issue since it deals with rotation (can’t read the image on mobile. They still haven’t patched the forum… )

Let us know what you find. If you’d like, we’d also be happy to take a look if you can share your animation asset.

@LDelayen I am having trouble getting the engine compiled off the UE5 EA branch, but I had filed a bug yesterday and linked to a sample project with the asset in question. Would be greatly appreciated if you took a look. I know of a number of people running into this issue in the various places I’ve asked about it. I suspect it has to do with a rotation on the root bone that our character has as well. I’ve been trying to get our animators to get rid of it but they tell me they aren’t quite sure how yet.

@LDelayen I’ve confirmed that the change pictured above is responsible for the change in root motion behavior. Here is a video of each code path in use. It first shows the fixed code path(taken from 4.26, and then a static switch to use the new UE5 code which exhibits the issue) 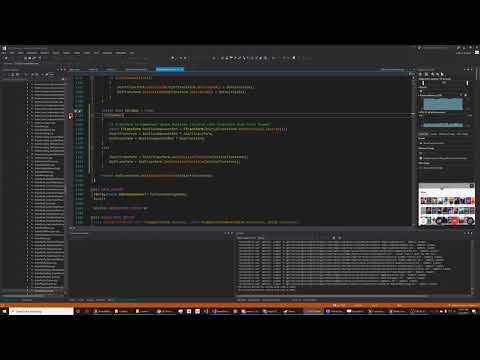 Thank you @JSwigart , we’re looking into it and should have a fix available shortly!

Thanks to change it ! I had the same issue

A fix for this has been submitted. If you’re building from source, this should be fixed by updating to latest on GitHub. Otherwise, it will be available in the next official release. Thank you @JSwigart for reporting.

Sorry, it won’t let me edit… I uploaded the wrong image…

I’m still encountering this problem with only some of our animations after UE5 Early Access Release 2.
It seems top be related to this change in UAnimSequence::ExtraRootMotionFromRange

Previously in UE4 this was being done with the TrackToSkeletonMap .

It looks like the TrackToSkeletonMap has been deprecated and it’s just using the reference skeletons.

The problem is I’m getting different rotations on some skeletons than others. Our normal human and one of our one-off’s have the correct rotation, and the others do not.

We haven’t been able to figure out what’s different between the files, the FBX files look identical.

Hi @dsuper_ascendant, could you share a test project so we can take a closer look?

It looks like your root joint or possibly root shape node of your animation is rotated 90 degrees from the rest pose of your skeletal mesh. I have noticed there is some inconsistency between how various packages read and write rotations on whatever node is first in the hierarchy when importing and exporting fbx animation. Might want to inspect the exported fbx in another DCC to look for unexpected rotations.

Just to let you know, we finally found the fix. 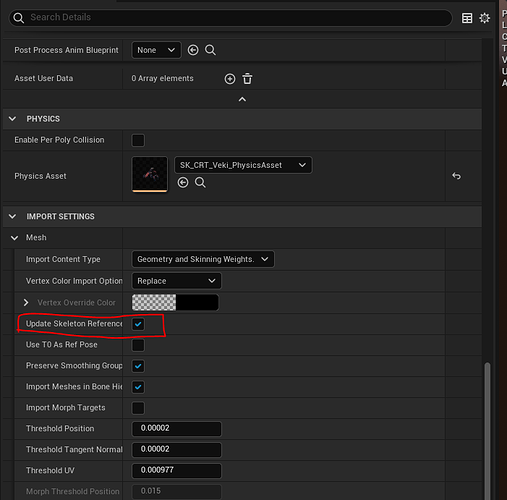 I have found after “Update Skeleton References” is checked, the skeleton needs to be reimported for the rootmotion to be fixed.