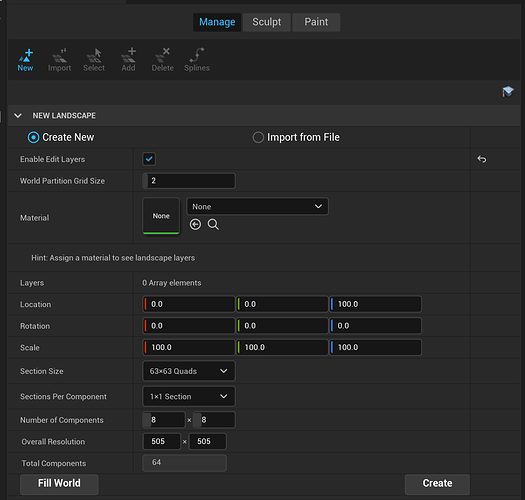 2. Now, use the sculpting tool to create some random mountains: 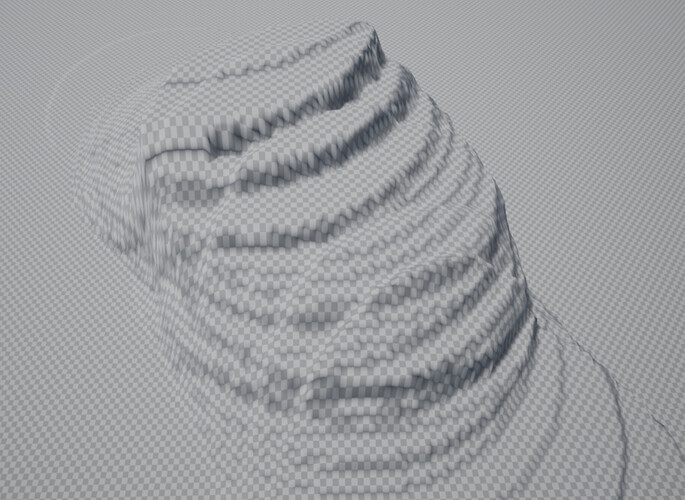 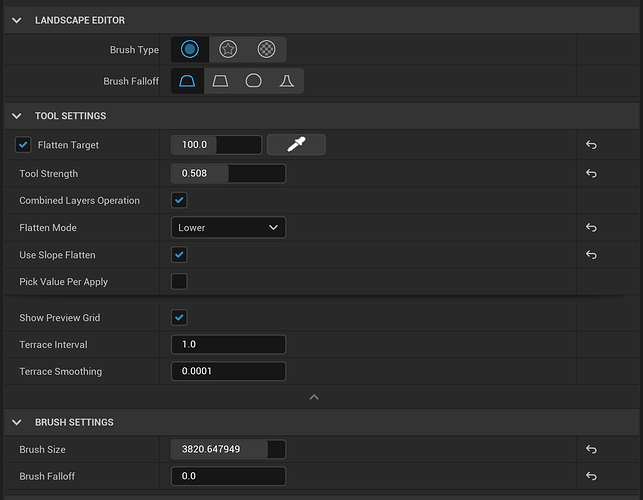 What I EXPECT is that using this tool will flatten the target to 100 (I even used the eye dropper to assure I had the right height).

What I get is very different. 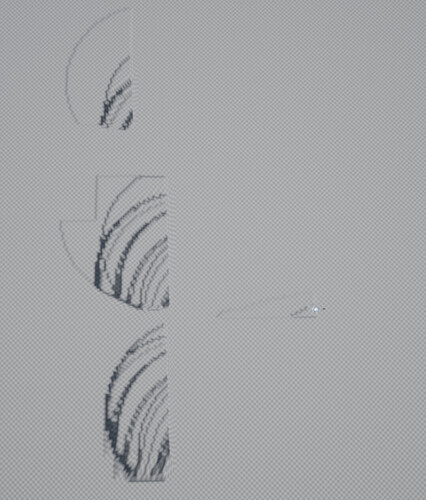 This was done using the tool going left to right and back again while moving it down. It is almost as if it had remembered the prior geometry and in some cases was putting it back at a lower height. Certainly was not flattening it!

All the other tools operate in equally bizarre and unpredictable ways. As the landscape gets larger, it seems to be more erratic (many parts will start flashing erratically or disappearing altogether — I discovered if you save, your landscape is trashed in interesting and unusable ways).

This is the landscape I’m working with was created via height map. I discovered the eccentric behavior when attempting to flatten some spikes (it was not pretty). Worse, when I saved, each of the tiles would “break up” at what appeared to be a random height. All the kings horses and all the kings men couldn’t put the terrain back together again.

My CURRENT workflow is finding errors, exporting out of UE5, import them either to Affinity Photo or UE4.26, fix the errors, export, then MAKE A NEW MAP (seriously?) to fix it.

4. UE4.26 allows me to input a new height map, no questions asked. I can’t do that with UE5. I hope this isn’t a permanent change.

I tried a tiny map and things seemed to work just fine (a map with one partition). It appears to be both a matter of scale as well as other interactions between partition actors (changing one partition can affect other non-touching partitions).

I’m hoping that many of these issues will be fixed soon (as in before release). AT LEAST allow me to export/import an updated terrain map — I can at least fix things with previous releases.