I’m encountering an issue where my project / editor no longer has a “save as” option, I migrated a 4.26 project and “save as” was working originally after migration. I think it might have went missing around the same time I started working on a partition based level but not 100%.

I have tried the shortcut binding ctrl + alt + s and even tried a different custom binding. The project only ever saves overwritting the current level, also no matter what I change in the level, there’s never an astericks to signify it’s unsaved. This is an annoying problem since it’s preventing me saving alternate versions of a map.

Fyi I also tried duplicating the map to save a copy that way, when I open the duplicated version it asks to convert the map to partition (even though it should already be partition). 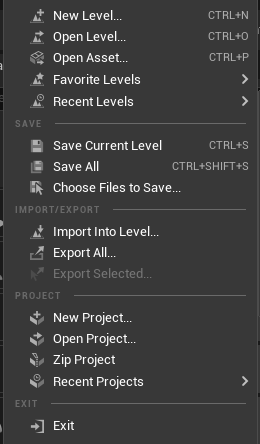