Whenever I try to add rivers or lakes in Unreal 5.1, the editor freezes up and eventually crashes. 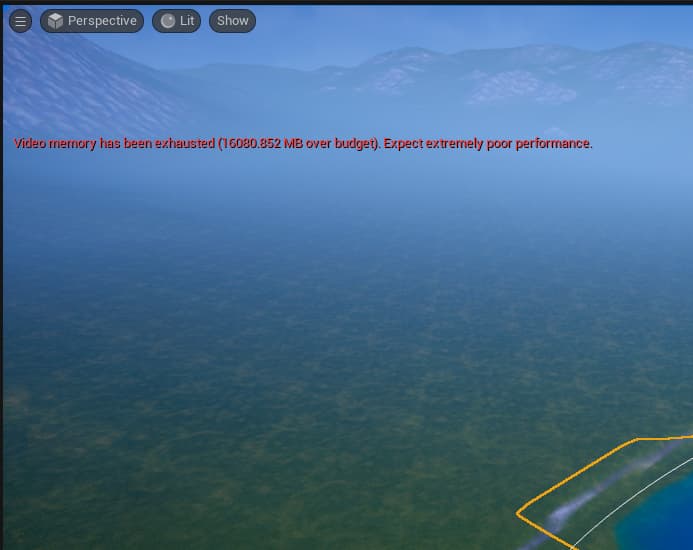 Hey there @IronGuardian921! It looks like your scene is around 16gbs over your VRAM, the water system adds a solid chunk of shader complexity and is likely compounding your VRAM issues and causing the crash. Were you over VRAM budget before the water systems were added?

How High is your scalability right now? If possible, could you drop it relatively low, maybe set your viewport to unshaded, drop a water body in and let the shaders compile before swapping back to lit?

Optimization would likely help reduce the overhead, you’ll likely have to do that before you can even attempt working with the water systems. But that may not be the only reason so we’ll need to check the logs. Could you grab the crash logs from your project folder? I can guess it’s going to be the DX3D device not found error judging by the VRAM but we should double check.

If it’s a different error (one involving the water systems itself) I know of a couple of errors with some specific tricks.