UE4 freezes and hangs after last Windows 10 update (not 100% sure that the reason is the Windows update).
I tried 4.13, 4.10, 4.12 verison. I tried to re-install UE4. I tried to create empty project - all the same. UE4 works with big freezes and stunt on some usual actions like “creating new folder”, “import LOD level”, …

Also UE4 have some bugs in interface now: 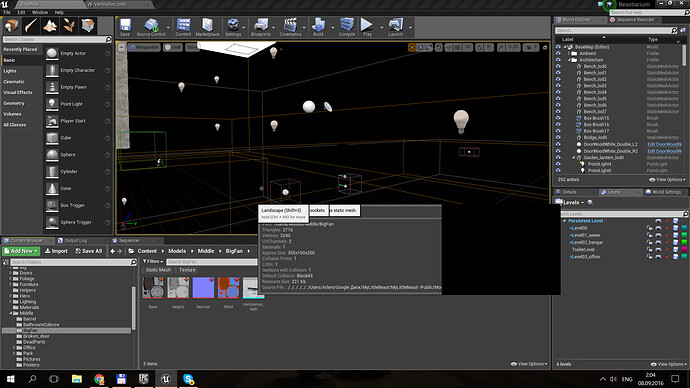 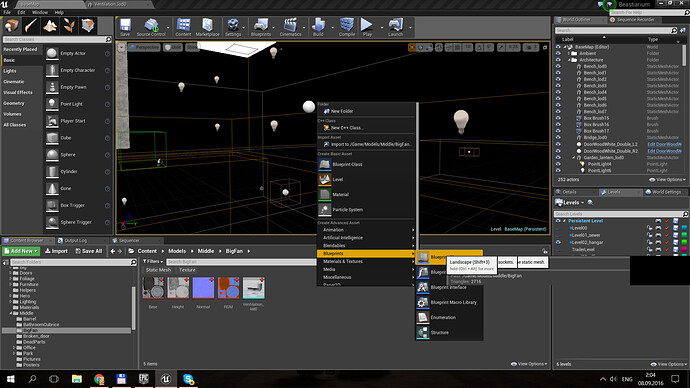 UPDATE: I restored previous version of Windows. It solved the problem, but I hope, you will fix this bug

use standalone preview not in Editor. Its Win10AU Game mode glitch 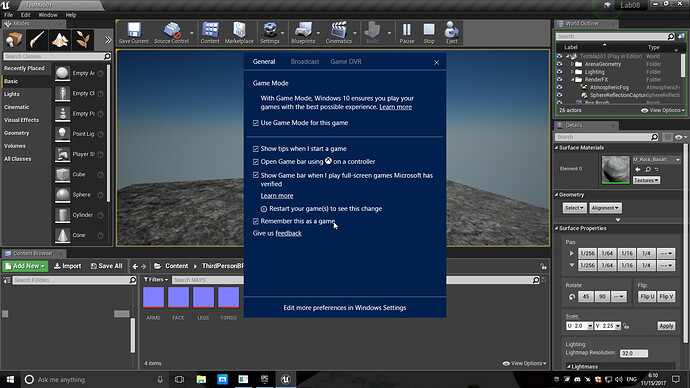 Use Win+G and Options Use Game mode… and freezes gone