Hoping someone can help with this networking issue!

The server only seems to update bone transforms (that changed by animation) when actually visible to the server.

Three actors; a server, a client and a turret. (All three are Character class based)

Server is in control of the code (Authority).

Client triggers the turret animation (via NotifyActorBeginOverlap on server), this causes the animation state to change to open (then fire).

The animation is decided with the networked variable ‘state’; it can be closed, open or fire state and plays the anim to match in Anim BP.

Issue is that the when the server starts firing bullets they launch from a bone transform that is incorrect (old).

The bone transform is still in ‘closed’ animation transform, not in the open/firing transform (location/rotation).

This is fixed by the server simply seeing the turret on screen.

We’ve spent ages trying to work out why!!

Really hoping this is a simple tick box somewhere and not an actual bug.

Has anyone come across this or have any ideas? 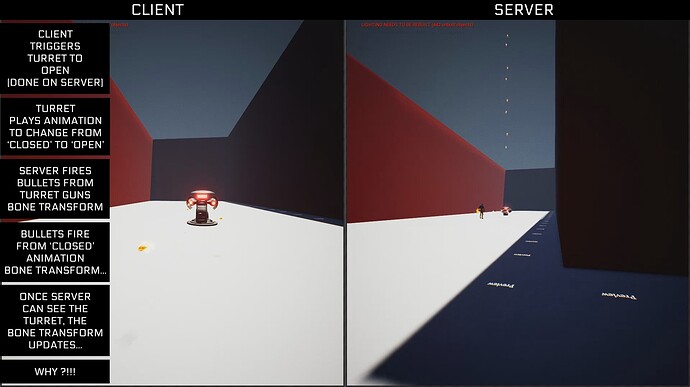 Thanks to Zeblote who answered this on the forums.

It’s an optimisation setting in the skeletal mesh settings. 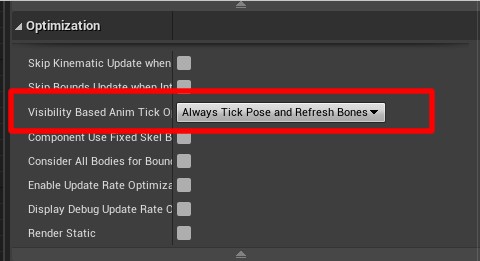