This is wearing my patience and my sanity.

I created a new project to verify if it is not a folly on my project’s end. It did the same thing with that as well. I reinstalled Unreal Engine 4.25. Nothing!

This is clearly an engine-side failure and it has been happening since 4.25.2 update. I never had this problem with earlier versions of this engine upgrade (4.25.1). I also notice Macintosh support has been completely absent in this engine upgrade as well, which also poses a problem for the Mac release for my game.

Not only am I unable to update the Windows version for my game, but the Mac version as well.

Epic, you need to send a new update ASAP for it seems not only the marketplace plugins have been broken but the subsystem configurator itself.

Can anyone please help with this issue? It is happening with the built-in UE4.25!

UPDATE: Looks like it was finally fixed. Built-in version 4.25.3 update has resolved my issue. I can finally build my game for Windows (64-bit only). Macintosh and 32-bit version of Windows are still unavailable however. I wonder what happened to that. 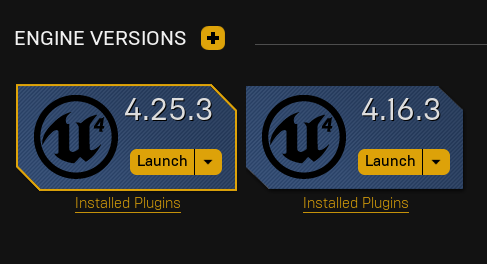 UPDATE: I found a way to build 32-bit versions of Windows. I forgot to read the dev notes for 4.25. I knew not the infrastructure has overhauled and has been deprecated. I am fortunate I can use it for one last engine version before it will be removed completely so I prepared my game and audience for that.