When setting the delta value of a UMG spin box it has no effect.

If I set it to a value of 1, then run the project and drag the slider with my mouse it doesn’t snap to whole numbers as I would expect.

Let me know if you need any further information.

I was able to reproduce this issue on our end. I have written up a report and I have submitted it to the developers for further consideration. I have provided a link to the public tracker. Please feel free to use the link provided for future updates.

We have the same issues on our UE4 project since updating from UE4.15.3 to 4.16.1 However the delta actually is taken into account e.g. when setting a spinbox to min 0, max 300 range and using a delta of 50 the spinbox slider will jump from 0 to 50 to 100 to 150… but the value by the mouse input is not incrementing according to the delta stepping. Dunno which value is actually returned when releasing the mouse/slider.

over 5 month now and this is still not fixxed. dont think it is that hard.

Seriously? Still not fixed? How hard can it be?

Currently our resources are dedicated elsewhere and UE-44960 is not a priority item for us to work on. Please keep in mind that with source code access, a programmer on your project can implement your own solution, and you are welcome to share that result with Epic for possible integration.

Yea I bet. Now, if I could “fix your engine” I would probably be able to write my own. The whole point of “specialization” has been that certain people are better suited to make tables and others are better suited to make flint stones. People figured that out like 5000 years ago.
There are so many bugs backlogged that I would think that maybe you should stop adding “cool static lighting features” for one version and just concentrate on fixing bugs.

But that’s just me.

Is it new solution for every bug now? „You have source code. Fix it yourself“. I thought its you who is getting payed by projects revenue? Instead of get one stable version to work with we are getting updated to new versions with new bugs that are not getting fixxed for half a year.

4.18 and still the same problem. GG Epic. Anyway. Here is my work around. Its not pretty but it kinda works.

Here is my “workaround” in case someone else stumbles upon this issue. This works when changing the slider as well.
Note: You can remove/increase/decrease Delay node depending on your preference (change to see what it does, can’t explain it).

Simple workaround for this is to bind the value of the spin box to a variable. 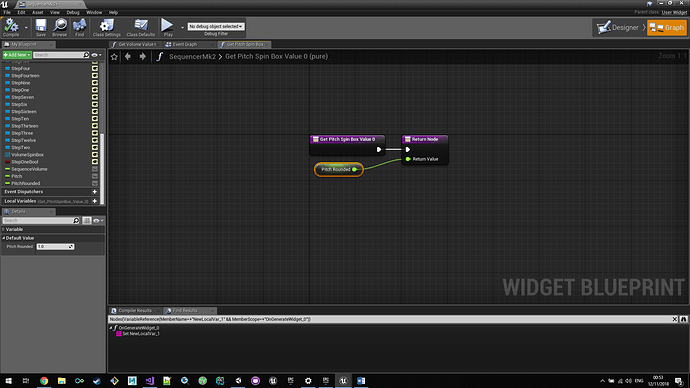 Then on Value changed round the returned value or use snap to grid (float) and set the variable that is bound to the value of the spinbox. 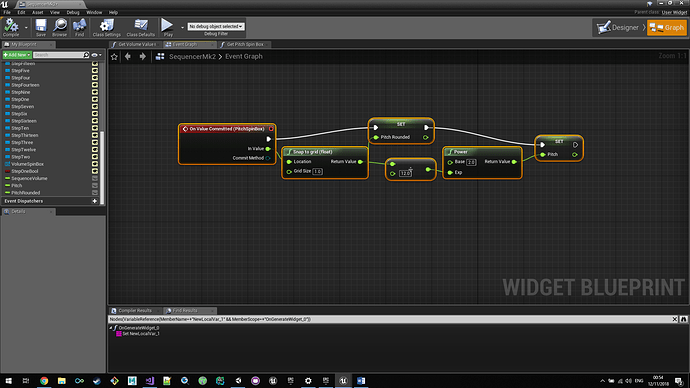 Guys… You won’t even see the fraction:

The work around doesn’t work for blutility editor runtime…

Oh wow that’s a fantastic idea with the DoOnce! Thank you very much

So if we fix YOUR engine now does that mean we still have to pay YOU a royalty? I have seen that someone has fixed the issue on Github and YOU still haven’t added to the release branch.

https://github.com/EpicGames/UnrealEngine/pull/3583#issuecomment-398046250 Sadly Epic Games does not have resources to apply 21 line code patch over course of 2+ years. Only way to fix this is to start public petition: “Epic games please hire engine programmer to fix backlogged bugs”. So many people wasted their precious time on such issues as this. So many bothered to report issue, yet it is backlogged.

I thought we get lots of IT geniuses coming to America? Surely one of them could bring the extraordinary knowledge with him that enables him to implement a patch of 21 lines? Or should it be “her”? Or “Xher”?