UE4.14 Crashing without error after 1 minute of use

Recently I just got a new laptop to make mods using the Unreal Engine for the game Tekken 7, but I’ve noticed after 1 minute of use, the engine closes without an error. On my older laptop, it would just work fine.

I have even compiled the entire from source to see what is causing the program close and it looks I’m left with these errors in Visual Studio. I event used event handlers to see if the same error occurred. It seemed the UE4Editor-http.dll is causing the crash and I don’t know how to fix it.

Below are my Laptop’s specs along with the error logs attached to this forum post below: 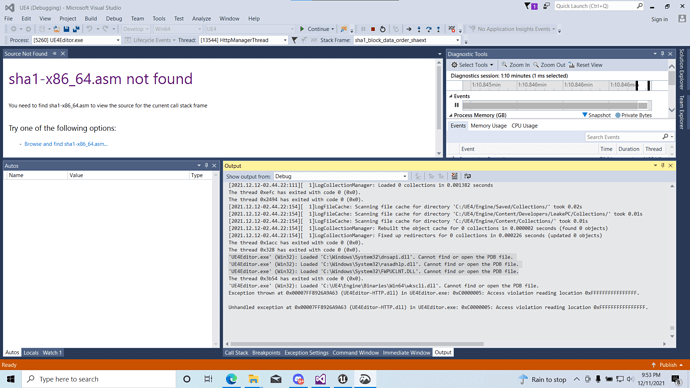 You’d need to make sure it is using the Nvidia GPU and not the Intel one, go into the Nvidia Control Panel and go to 3D settings, it has settings there for automatically selecting which GPU to use, you’d want to change it to use only the Nvidia GPU as the global default.
Also, check your power settings and set it to Performance.

I’ve attempted to set the exe and the program to use maximum performace with my NVIDIA GPU, even set the GPU to only use the NVIDIA card as well but the application still closes after 1 minute of use or just being idle.

Here are screenshots of the settings: https://imgur.com/a/SOuw8EM

The same is happening to me.