So, I have Unreal Engine 5.2 installed, I’m doing simple forest environment, but it keeps crashing everytime, sometimes in 30 seconds or in 5 minutes, I have NO idea what is happening, I use a Asus G14 with specs good enough for Unreal but idk
Here’s a screenshot of the crash reporter: 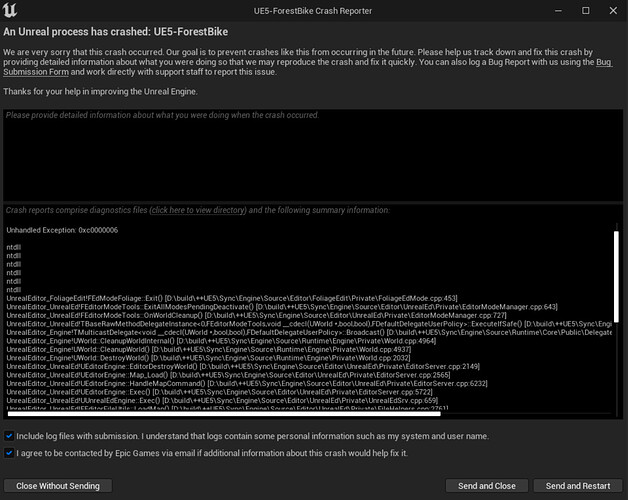 Assuming you don’t have any code written that could be causing this, looks like from the stack trace something is going on with the foliage editor. See if you can reproduce the issue under certain conditions (e.g. like with a level where there is foliage vs blank level). Check out https://issues.unrealengine.com/ and see if anything similar is listed to whatever makes this reproducible. If there isn’t already a ticket then you can make one and hopefully it will get fixed.

Searched for it but no luck, it is still crashing, but now it crashed after I opened a blank level (same project) but, with a different message.

Im going to try to test on another project, maybe its just with this one
Thanks for the help!

Edit: I’ve never seen this, now Unreal Crashed while in the launcher, where you create projects, this was the message 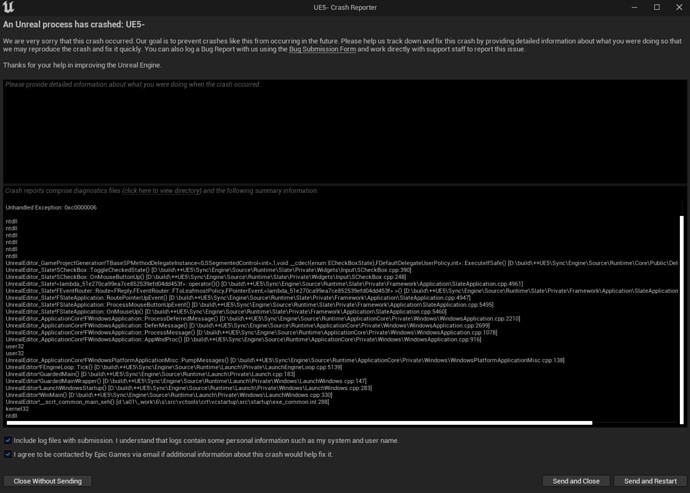