Using Unreal Engine v4.27.2, how do you create a backdrop or a background (e.g., a city scape) for interior scenes/projects. For example, the camera is inside an interior and through the windows you can see a realistic cityscape or buildings like you’re in a downtown area?

I’ve tried HDRI, but I can’t seem to locate a HDRI of a downtown area. I’ve also seen, I think it was an architectural project, that used a semi-transparent semi-circular screen that displayed a city scape.

For those who may wondering how to create a realistic background for an architectural interior scene, and like me, you didn’t find a viable HDRI, i.e., it wasn’t the right height or captured the scenery you wanted, this is what I tried, and I think it will work for my scene.

Looking back at an Archi Interior file that I previously downloaded from the Marketplace to reverse engineer (great tip for newbies, by the way), I stole this concept of using a half cylinder shaped mesh object with a masked cityscape image attached to it.

For the record, I’d love feedback on what others think about this process as an option to replace HDRI backdrops. Also, what I should divulge before I continue is that my final project is not a game. The end result will only be a video of a slow camera pass and a few still images for my portfolio, so if you’re curious if what I did will work for your game, I’m going to go out on a limb and suggest, perhaps not.

Step 1: I use Blender as my 3D DCC, so I created a mesh cylinder and removed all faces except for one side, keeping as much of the curve as possible (approximately 15-20 degrees), and I made the mesh taller than wide. I then created a material slot for the faces that I wanted pointing toward the camera in UE4. I exported the mesh as a FBX.

Step 2: Online, I purchased an iStock photo of the perfect skyline for my use. I searched for a photo that was very high resolution and matched the lighting I wanted in UE4.

Step 3. In Photoshop, I masked out the sky and made certain that the horizon was blurry, using a vertical gradient to make the horizon sort of fade out (i.e., atmospheric perspective). I applied a Gaussian Blur to the entire image. (Note: I had to keep finetuning the PSD file to get it to look realistic, e.g., adding haze, desaturating the image, etc.).

To revisit the question if this will work for a game, I’d say no, but you be the judge.

Do you have a screen shot to we can check it out?

Coming up… Have to rebuild the lighting since my last crash, so stand by.

Here is one image using a Kitbash model from Kitbash.com. The second utilizes the method described above. And the third is an overview, showing the PSD cityscape backgrounds. 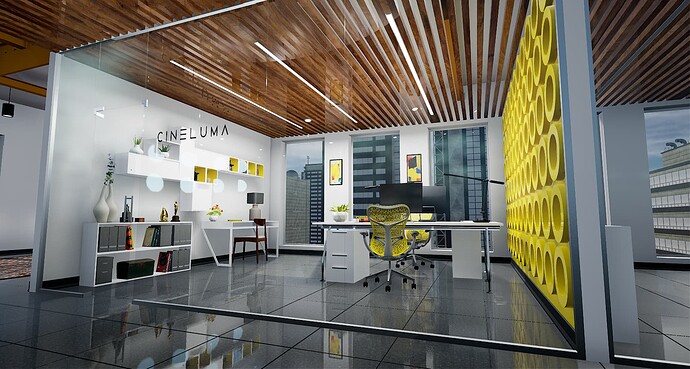 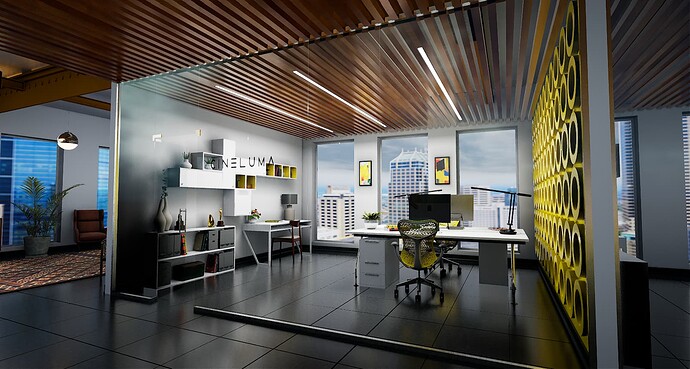 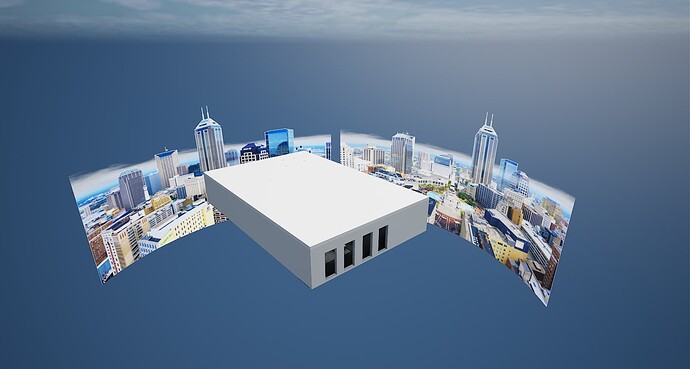 That’s not bad at all! Good job! I’ll bookmark this for future use!