Have you tried opening the UE4.14.3 version on a Mac? If not, please try this. If so, what were your results?

(I saw it worked on Windows so decided to convert in place).

Before the conversion it was working (building) perfectly on Mac with 4.14.3 - that’s why I think it is something internal inside UE4 :-?

I tried to change to SM4 and SM5 back and forth but the crash is the same.

However I have to say 1 more finding - I am not sure if it is helpful but I was able to package project (distribution configuration) successfully on Mac with the 4.15.0

I also copied a “working” 4.15.0 project from Windows to Mac to ensure that the projects are same - but I get the same crash on build texture streaming.

I have reviewed your recent crashes against our records and have found that the reports from your machine are isolated to your project only. This typically means that there is something fixable in your project verses a bug that needs to be corrected in UE4 itself, though that’s still a possibility.

That said, here are some things you can try (after making a back up of Project Folder):

Let me know if these steps do not resolve the issue. Also, next time you package, if it fails, provide the Output log as well as the Project log.

The package is actually succeed (That’s why it is seems odd for me as well as the fact that it was working on 4.14.3 without any changes to the project since then - also same project works on Windows.)

It is a “build texture stream” that constantly crashing :-(.
As for the steps above - I already tried them all and the Build still crashes.

If I could atleast to figure out what exact material (I suppose) causing the crash it would be much helpful.

I am sorry for my newbiness - but I am looking here

Could you please specify what exactly logs (or where is the locations) to post ? 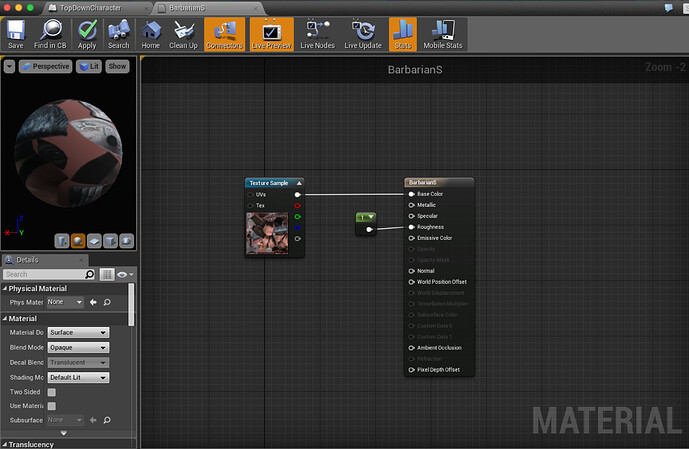 I don’t think that material is the culprit… It looks like it finished processing. Also, the error refers to a post process material:

…So most likely, the Material Domain is going to be “Post Process” on the material causing the crash as shown here: 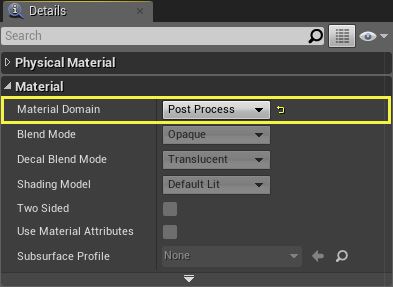 Enabling GBuffer options in your Project Settings>Rendering>Optimization>GBuffer may correct this issue. Otherwise you will need to locate the material and remove any custom code. The material should be a reflective material like glass or steel etc.

Thank you for your input sir,
I will try both of your suggestions tomorrow
and I will let you know.

The G Buffer is actually on by default. Increasing it to see if this would resolve the “GBuffer required but not available” was for troubleshooting but, yes, this would affect performance. That said, I think you should still narrow the search down to post process materials and check for blueprints within those materials that reference bad render targets.

Hi Steve,
I found the material
It was “SM_Water” from “Water Planes” project in Market Place…
it was working in 4.14.3 though… as well as it works on Windows… I don’t really want to give this asset up

Maybe something you can look in to it ?

I’ve re added the water to another test project,
did all the same modifications 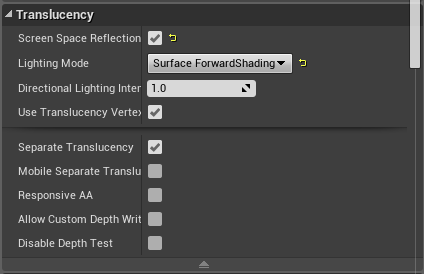 Some thoughts: Contact the creator to see if this is compatible with Macs in UE4.15.

Same step above, but moving the asset to a new directory. If you do this, reapply the material from the new directory (instead of simply deleting and over-writing the old material. *Also, do not rename the material in case other files are referencing the material) Then right-click the Contents folder and select “Fix up redirectors in folder.”

Thank you for your suggestions I will try them and let you know.

I’ll take a look at the Water_Planes asset on Monday (It’s not technically “Market Place” which threw me ha ha) I see in the comments someone has written “Importing it in your Content folder is only half the battle. I find that texture references are all broken so nothing works.” -This sounds similar to the issue you are experiencing.

Hey Steve,
Apologize for misleading you.
I am only 3-4 weeks on Unreal Engine - so I still have a lot of to learn starting from it’s terminology etc… Thanks a lot for all your suggestions and help

It happened to me with 4.14.3 for windows version of project copied to mac. I did delete the build data registry from content/asset/map and build again in mac did work for me.

Hi rajibkumar,
Thank you for your suggestion!
But unfortunately it didn’t solve my crash on Mac

Hi Steve, rajibkumar,
I finally got rid of the crash - I found interesting things about Material blueprints as well.

I went on all the material and did some stuff (Scaled down texture - not sure if it affected my crash at all).

I think that the main part which did the trick (sadly I can’t confirm because I changed a lot of stuff) was switching between “Surface ForwardShading” to Surface “TransluciencyVolume” previously I though that I must use forward shading for SSR apparently it works on a Translucent as well :).

Then I transferred it to mac and it built successfully,
However I didn’t see the water at all

Going in to the material editor: [SM5] You are using 17 texture samplers 16 is max…
Opening the same just ported in Windows 15/16

Then I found the same texture was sampled 2 times in Mac was counted as 2 texture samples :(…

So far so Good I have everything up and working for now.

But it would be great to know why Mac branch failed to build - so I can learn what not to do on it.