hello, i made a project by the tutorial series “TwinStickShooter”, all works well but im new to ue4 and BP and i cant figure out how to make explosive damage(radial or what?) to make granades and like “red barrels”, can someone help me?

I think what you need is this: 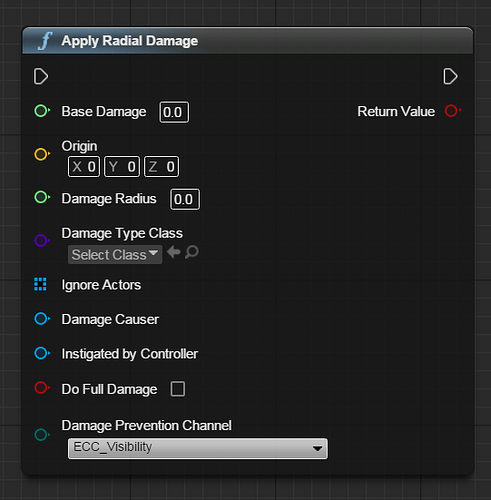 Or you want extra behavior you could do a sphere trace by yourself: 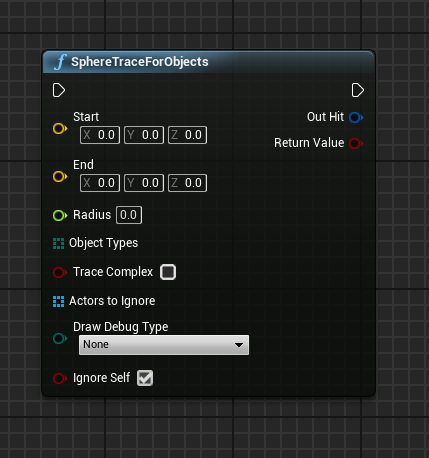 And then get a lot of information on what you hit, which would let you do the damage and have some other behavior based on this info like spawning particles at a precise location and other good stuff.

If the actor is inside the sphere defined by the apply radial damage node when executed, then it will apply the damage, you just need to handle it like any other damage type.

thank you for answer,but i cant figure out how to apply this damage to my enemies

ok, im just trying to make it work, but i cant
heres my projectile and enemy BP.
thats how im causin damage to them,this is made by the tutorial named in the 1st post.
projectile just calls enemies character “affect health” with “damage”(float nubmer) and then its calculates health inside the enemy bp.
but i cant made this “affect health” being caused from radial damage…
sry for my english,hope ull understand