Not entirely sure if this is the right place to be posting, and as I’m working on a couple of different things I didn’t want to make the title too specific. Something akin to the polycount sketchbooks!

And here’s a little matinee sequence of what I have at the moment. Still a lot left to do! Generally want to set dress a lot more and fill out the back wall.

My main issue with this at the moment is the consistent, low roughness across the floor. I’d love to dirty it up, but as I’m using planar reflections, they appear to only support a uniform roughness, and decals don’t project onto them. I might end up scrapping the planar reflections, but they do look a heck of a lot better than box reflections + ssr, where I get some serious pixelated artefacts (temporal I’m assuming?) around benches etc in the distance. Any ideas on how to work around that would be mighty appreciated!

Next up is a gunship I’ve just started working on. I’m working from this great concept by Alex Ichim: 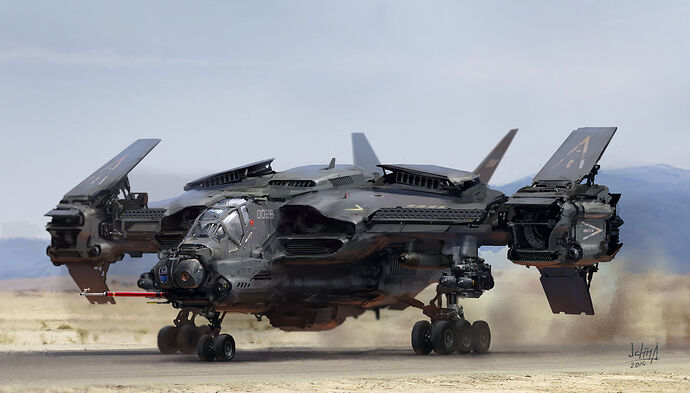 I’ve made a very rough blockout with some primitives for now to get a general idea for forms and weight. Had to change some proportions to work better from other angles and invented a lot of the rear/top shapes. The next thing I’ll be tackling is the landing gear, which I want to get thought out before I start modelling anything properly. Here’s the blockout so far: 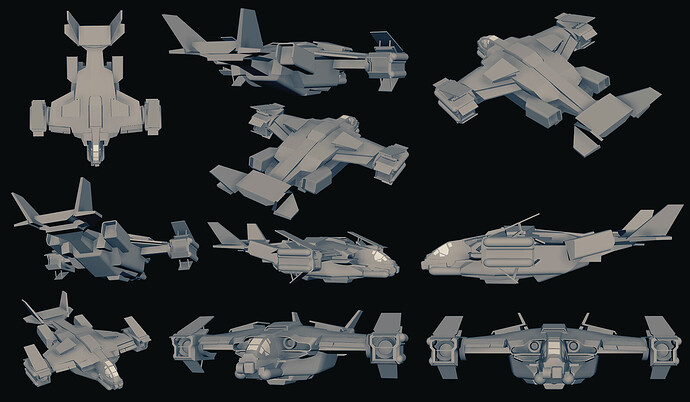 Ok so didn’t quite manage to post as I went along, but got an update on the gunship. The project I’m doing this for isn’t specifically targeted towards military vehicles, so i wanted to play around a bit with the colour scheme, here are some pics 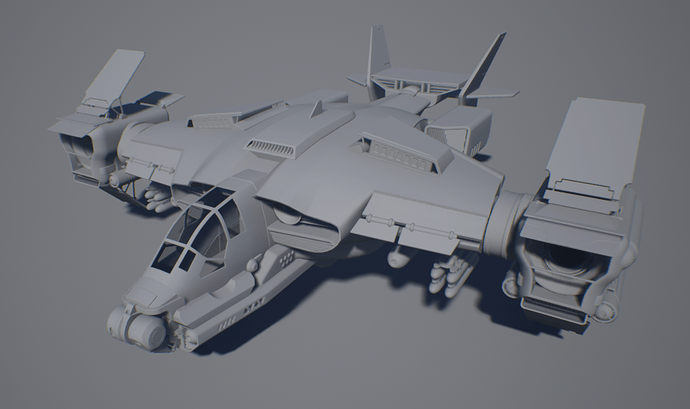 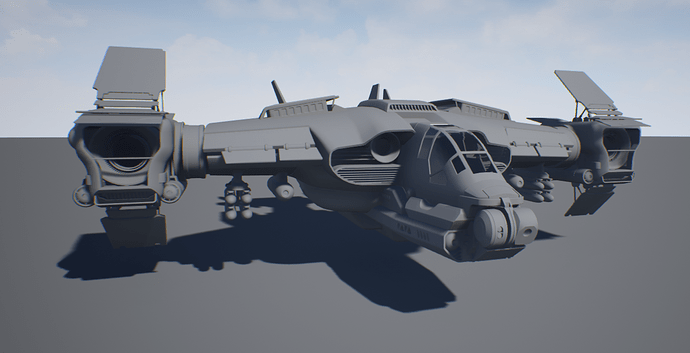 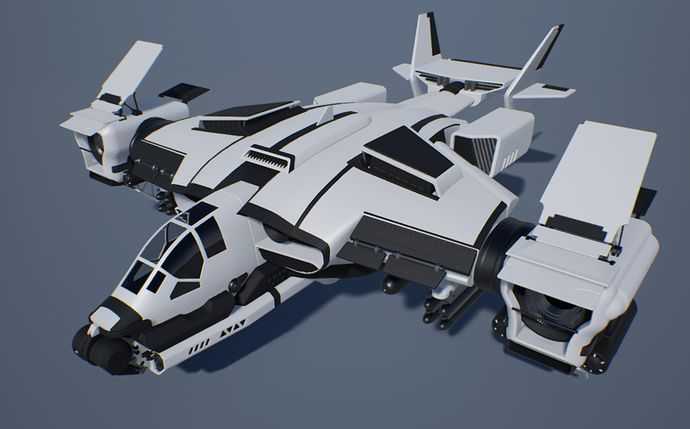 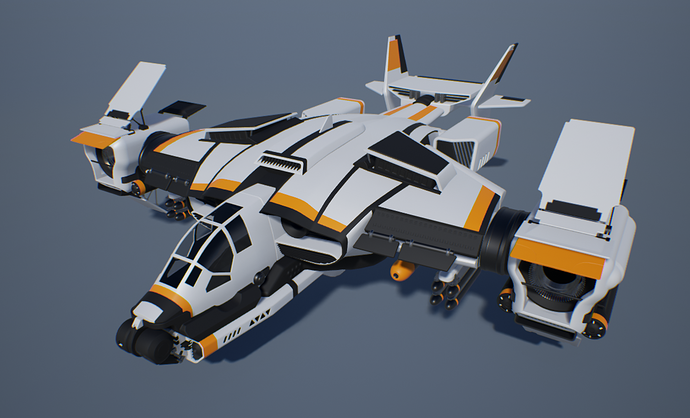 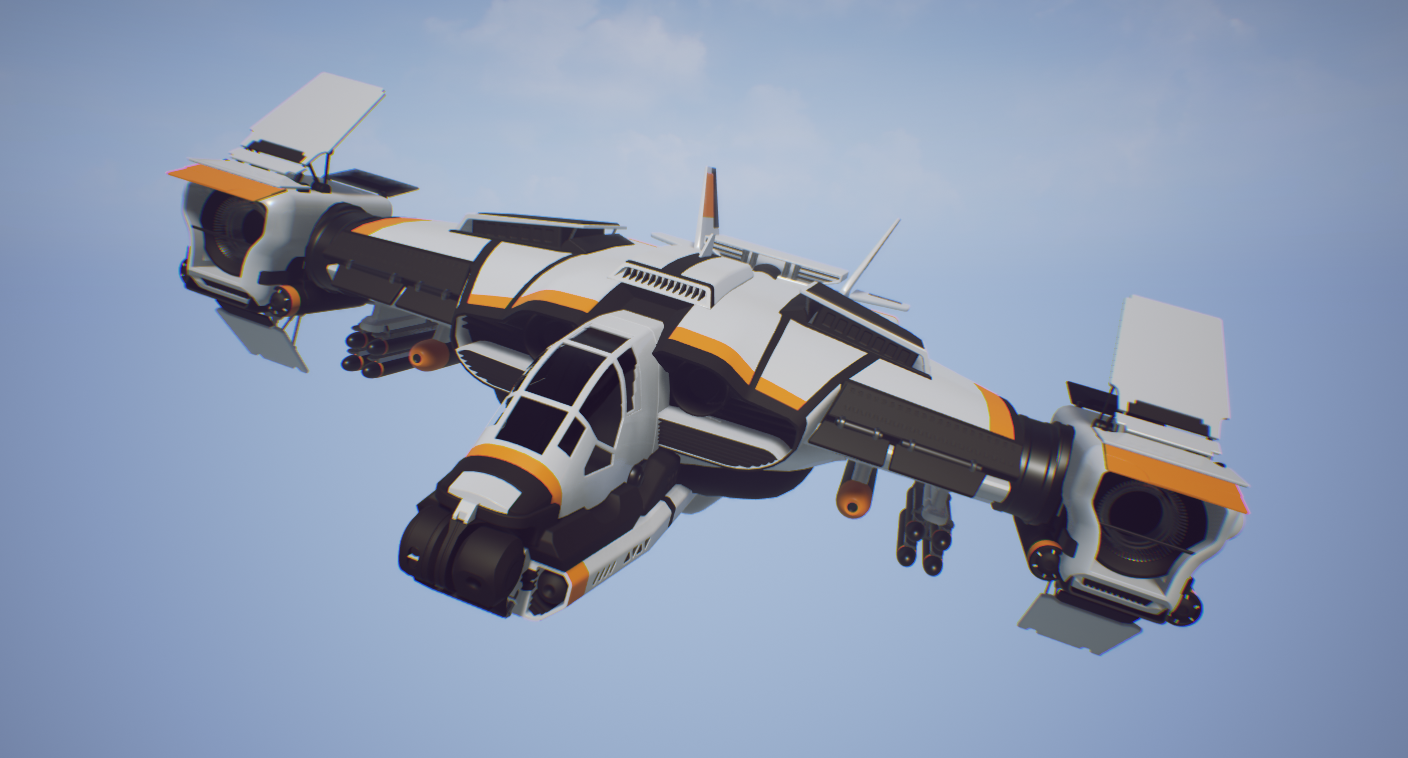 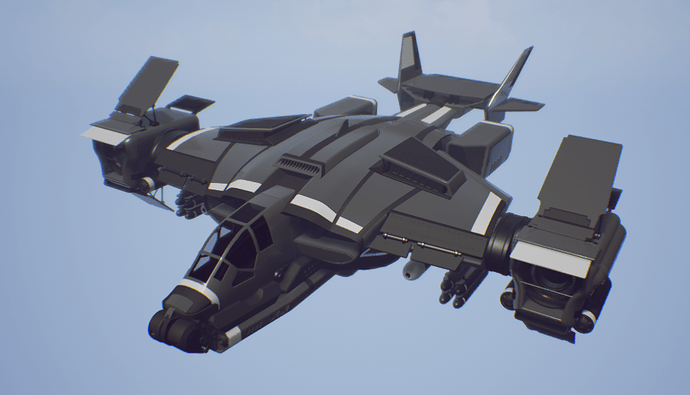 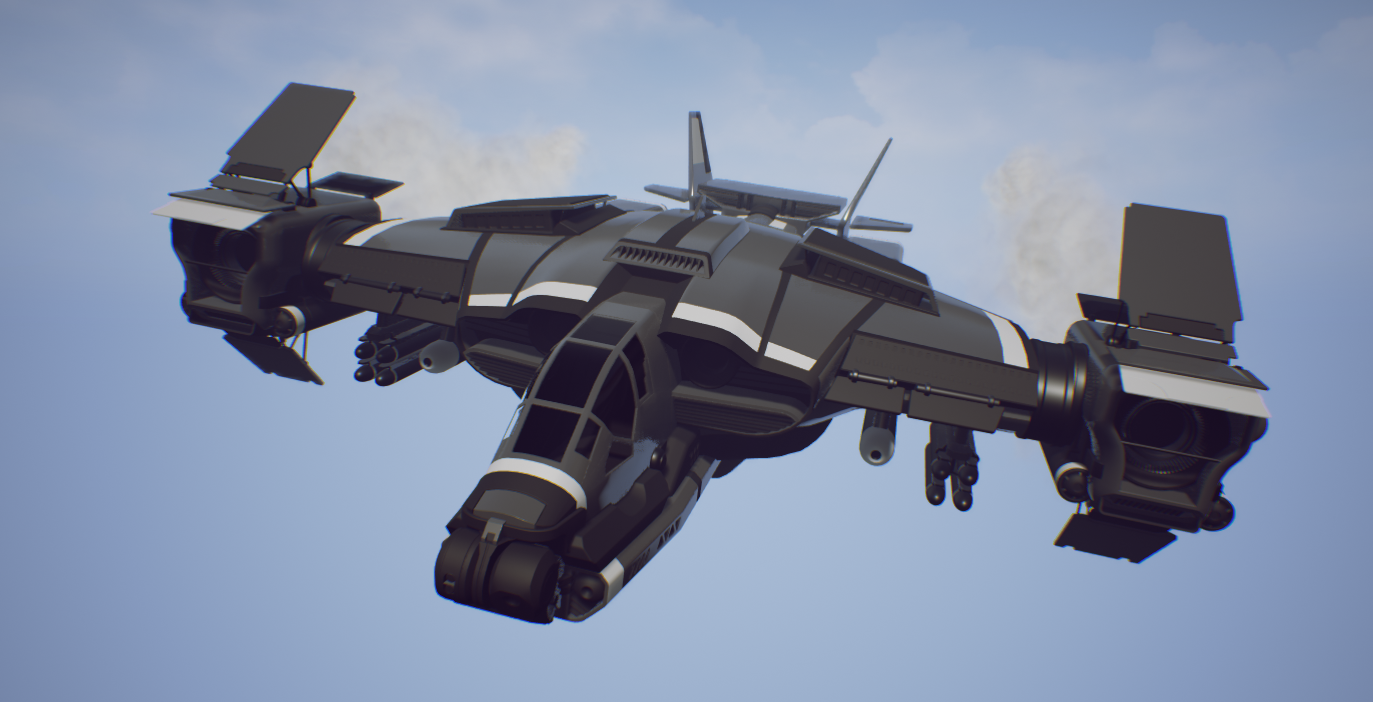 These aren’t textured, just flat colours, so it looks incredibly clean at the moment. I’m planning on using a decal material to project some more details / symbols etc onto the model, but haven’t looked into that much yet. Hopefully I’ll have time later on to make a little landing pad / have a short landing sequence for it, but not sure on that one. Any feedback would be appreciated before I move on to texturing!

I realize it is a bit late to change but the concept art has this massive feel to it, but yours dosen’t. I think it has to do with the cockpits size.
I like the white with black scheme. Orange is nice, but for ships it’s more for warning strips like, Warning air intake may kill you. Black with white not bad but it could use more strips maybe make them a little thinner too. Anyway better then I could do so don’t take me to seriously.