I’ve made a new blueprint tutorial on how to create a laser trip mine in Unreal Engine 4.7.
This one is a bit on the long side (41 mins), but there was a lot of stuff to cover. From creating the laser material to scaling the trigger box that surrounds that laser. Hope you enjoy this one :).

How would you reccomend setting up so that other physics actors (e.g Physics Cube) would block the laser beam and box trigger when placed in front of the laser? So that only the character will make it explode but putting a box in front will block the laser and collision.

From the image I’m wanting to make the laser and collision not come through the otherside and be blocked by the box so that the character may walk past. 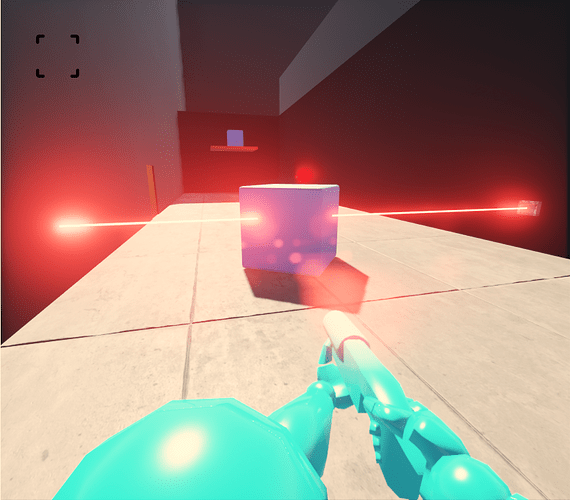