Turn in place with WASD

Hi, im newbie in UE4. I was looking any tutorial to learn turn my character in place like in GTA5 but i dont get any reference about. Any one can explain with examples o anything else please ? I have 90º turn and 180º animations.
Thanks in advance.

Well, either you just want to take a look at the third-person template and copy the part with the note “Movement input”(don’t forget to copy the “edi t-> project settings → input → axis mapping”, at least the “MoveForward” and “MoveRight” parts)
Or do you mean just something like "Input A - pressed " followed by the “SetActorRotation” note? 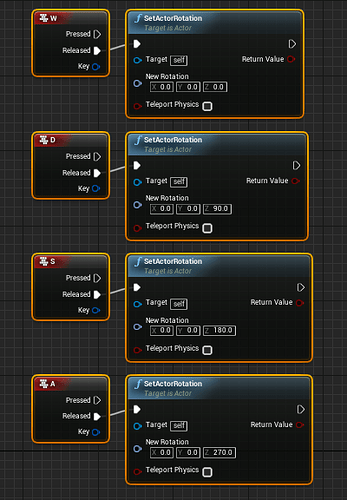 For animations, I’m assuming you have set them up in the character’s animation BP, and set some sort of boolean to trigger their play.
In which case you can add a little bit to each key to compare where they will be facing to where they are now, decide which animation that would play, and cast to the animation BP to set the correct boolean.

Thanks for response. I want to implement something like this video. It posible without rootmotion ? 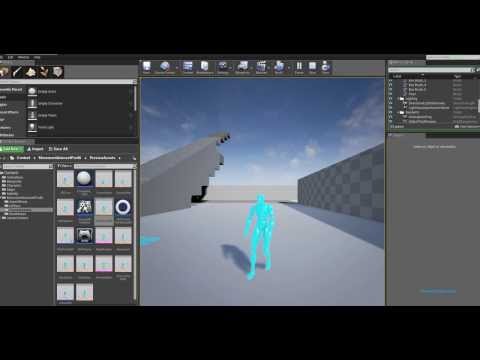 Thanks for response. I want to implement something like this video. It posible without rootmotion ? Oh… I didn’t really look into animation yet. I guess I would try to take the “released” note to the stoping animation. So you would have your walkinganimation while walking and when you stop moving, you play the stoping-animation. If you don’t want the player to snap from stoping to running again maybe stop input while playing this animation. - Yeah, that would be my first idea, but again - at this point I did not work anyway with animation ^^"