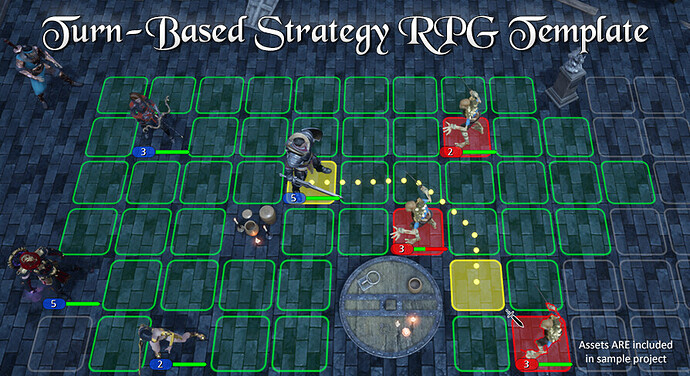 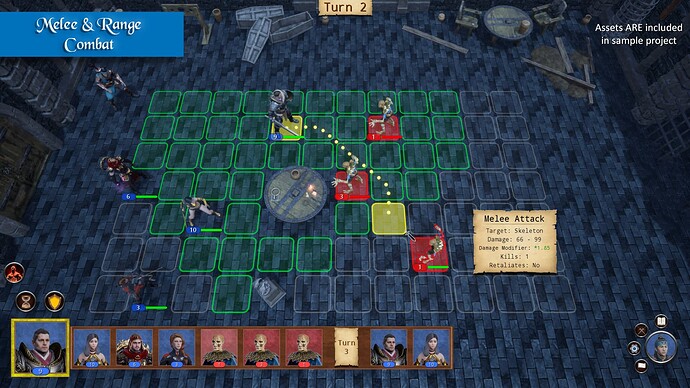 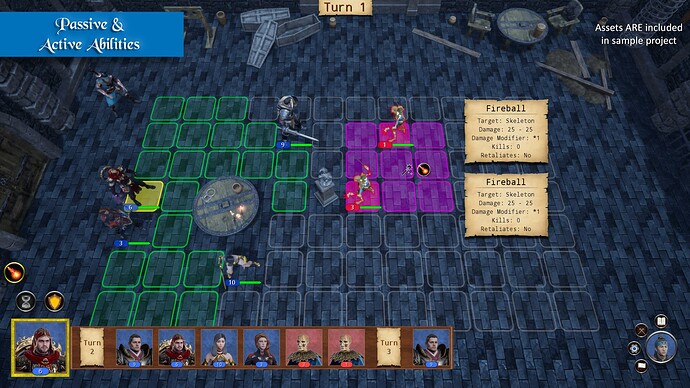 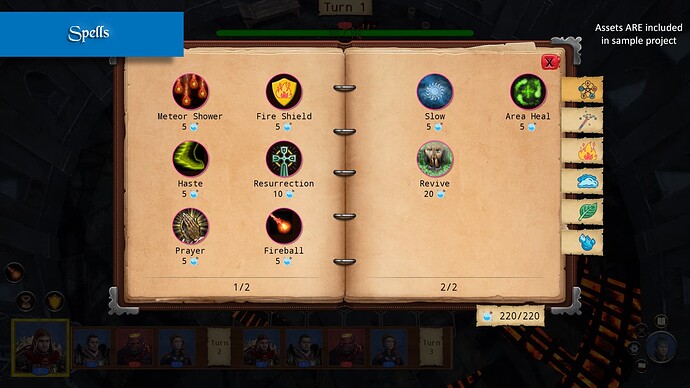 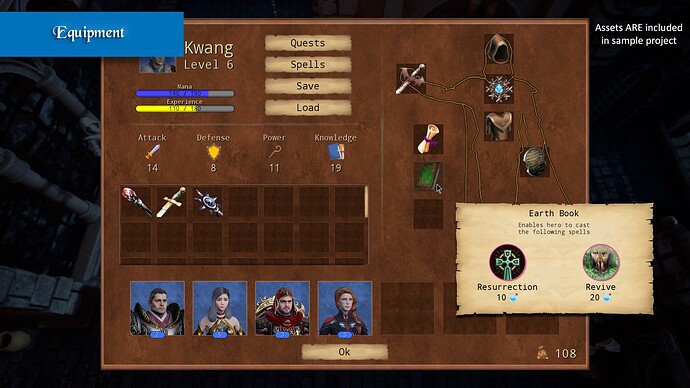 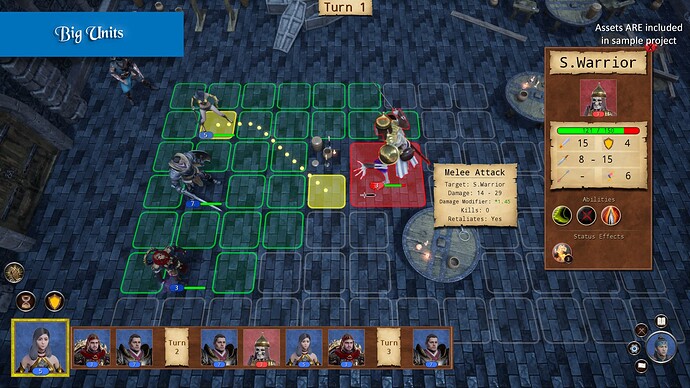 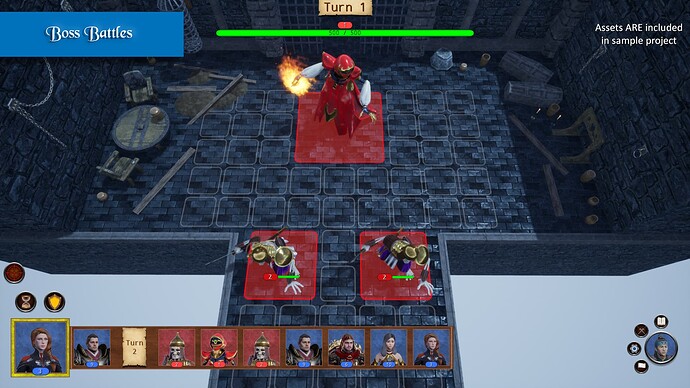 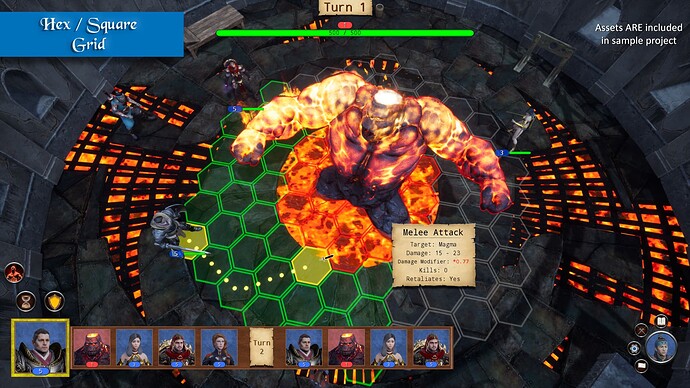 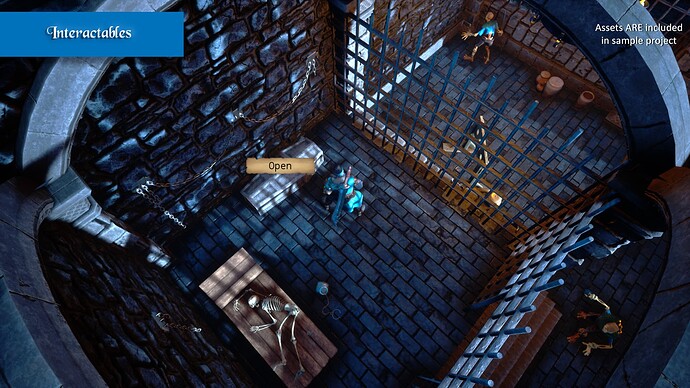 The asset has been released. Have fun! 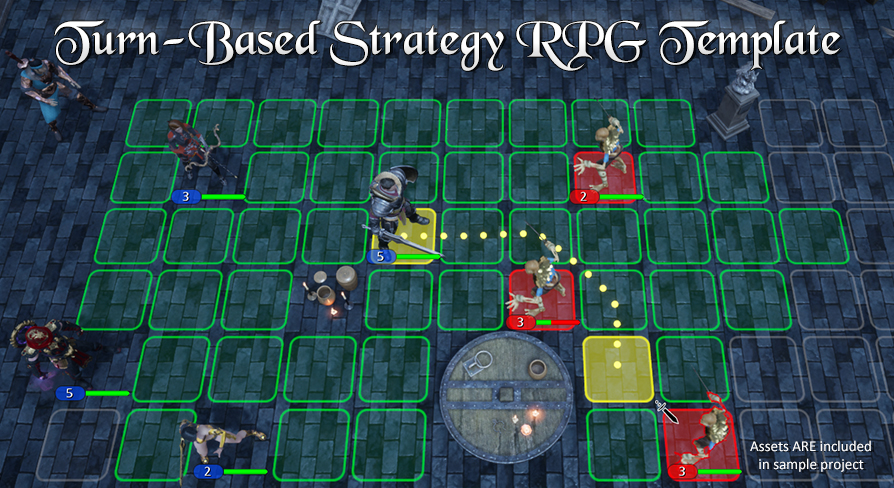 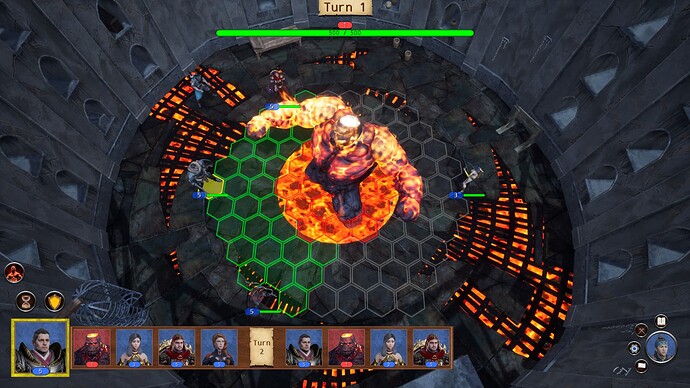 The template now supports hex grid for the battles. Documentation about this will be updated on the weekend.

Grids now show where the hero will stand on the battlefield. This can be manually adjusted after creating the slots.
You will need to re-create slots for your existing battles after this update. (Click on the grid and click ReCreate Slots button)

Added continuousMovement boolean on the explore hero that allows players to move the hero by pressing and holding the left mouse button instead of clicking every time to move.

Sample project was updated. I added a boss battle that uses hex grid. (Redownload the sample project if you want to check)

Don’t forget to leave a review on Marketplace.

I have added 4 elements for spells and active abilities. Also, element resistances as status effects so any spell or aura can increase / decrease any elemental damage.

Equipment can increase hero’s stats or grant spells for the hero while they are equipped. They can be obtained from chests, quests, battles and shops. They can also be sold at the shop. There are several types of equipment which determines where the hero will equip them. I have updated the docs to explain how to create different types of equipment.

Interaction component has a list of interaction texts now. These texts represent buttons on the interaction actor when the hero is in close range. For example the shop NPC has 3; Recruit, Buy & Sell.

Battles can give gold and equipment now. Set these variables on the Enemy Explore Pawns.

I have added Mana stat for the characters. This option can be switched on from the BP_ExploreController and BP_BattleController and if done so, active abilities will require certain amount of mana to be used.

I have added Counter Attack passive ability. Add it to any character you want and adjust how many times the character should retaliate in the same round.