the basics of what i want is for when one character plays an animation… that triggers a boolean … which make the other character play an animation.
ive made a blueprint interface and added it to each of the ABP’s class. and the send seems to work… 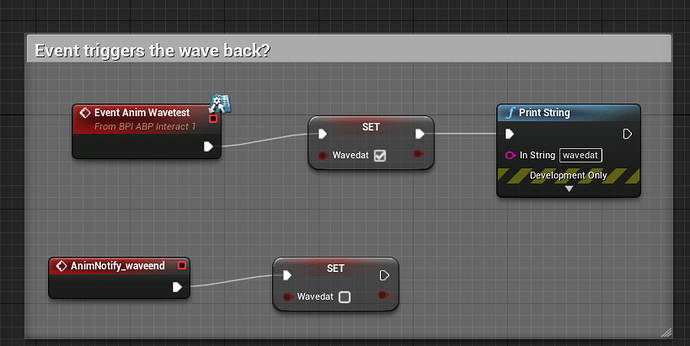 Capture_waveback819×411 59.2 KB
if i tick the boolean he will play the animation i want though … it just doesnt seem to be getting the call function.
if anyone can help me figure this out… or point to a set up that will acheive this very simple operation i would be eternally grateful. thank you.

in the entire history of unreal it doesnt appear like anyone has ever wanted to trigger an animation from another blueprints animation playing, i cant understand this… as its theoretically simple… and very useful.