Hello there, I am trying to edit the unreal engine game template Unreal engine just released for unreal engine 5 and I am able to package the game successfully for IOS, however when I use transporter to upload the game to my apple developer console I get an error in transporter for the following:

ERROR ITMS-90711: “Invalid executable permissions. The executable Payload/LyraGame.app/Frameworks/EOSSDK.framework/EOSSDK does not have its writable bit set.”

It seems to be the issue with epic online services right? I tried disabling the plugin to see if that would fix the issue for now and I am still getting the same message. Would anyone know where can I go or point me in the right direction for help…Thanks alot. 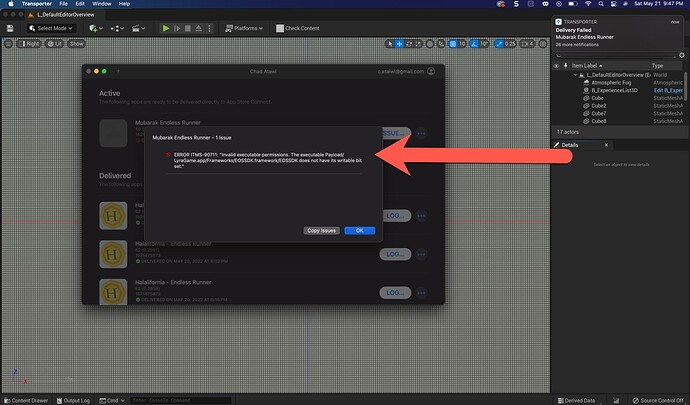