here is a link to my BP: http://blueprintue.com/blueprint/p-1ukpev/

what am i doing wrong here?

Thanks in advance and happy game creation!

Are both cameras children of the camera boom?
I don’t use multiple cameras in my games I just use the one camera and I move it around.

You can try it. … saves you from ahving to set active cameras.
In your characterBP, instead of adding a camera… add an arrow and make sure its a child of the boom (or at least has the same parent as the camera). Move the arrow to where you want it (the tail will be the front of the camera).

Once the arrow is where you want it… you can simply use your blueprints to (get location of ARROW) and then Set location of the camera to the got location of arrow. Add another arrow to the original camera position so that on your toggle it sets it back… thats how i do it anyway.

OK gonna try that now but might need some more help 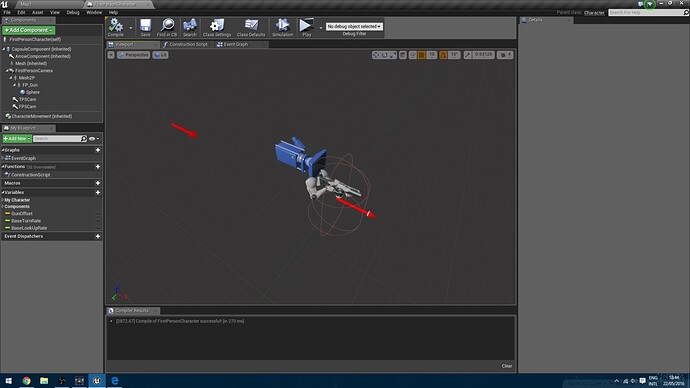 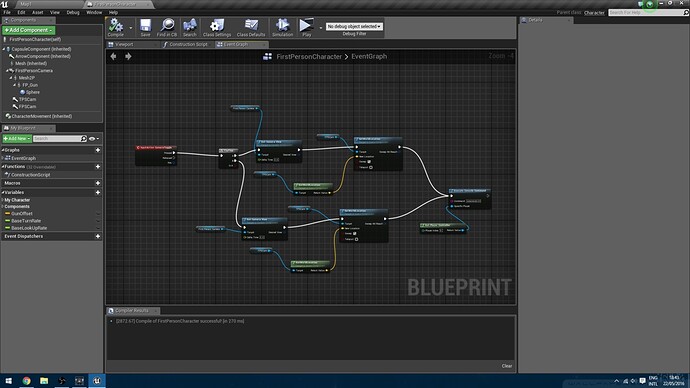 Okay ive tidyed it up since then and i now have this but it still doesnt work. 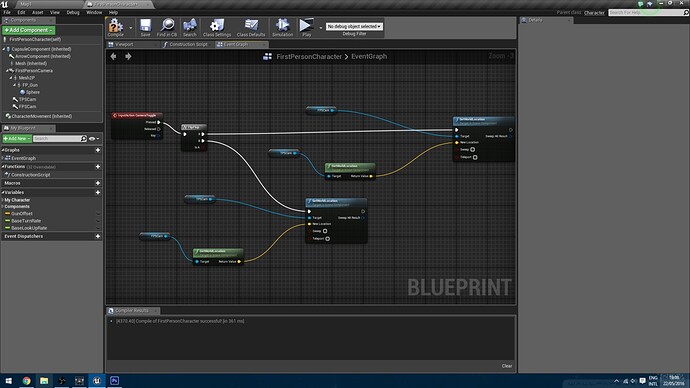 It goes into wireframe mode and it

what happens when you press the button?

ok it still doesnt work for same reason. Can you make a BP and pastebin it me?

You should post your replies as comments not as new answers… convert those to comments.

Anyway, this works for me in a TPS game. I made a quick version of it since i have many camera positions in macros.
Here is a quick screenshot of basic switch and it works fine for me 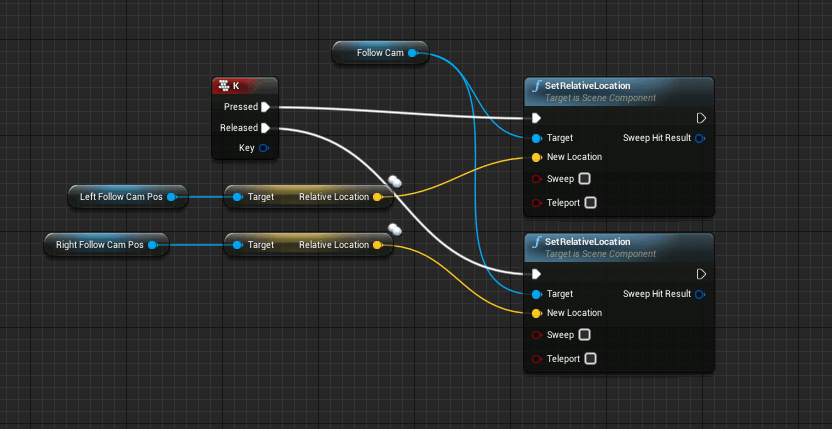 And a video of what it does when pressed.
[Dropbox - Error][2]

ok entered that and this is what it looked like. 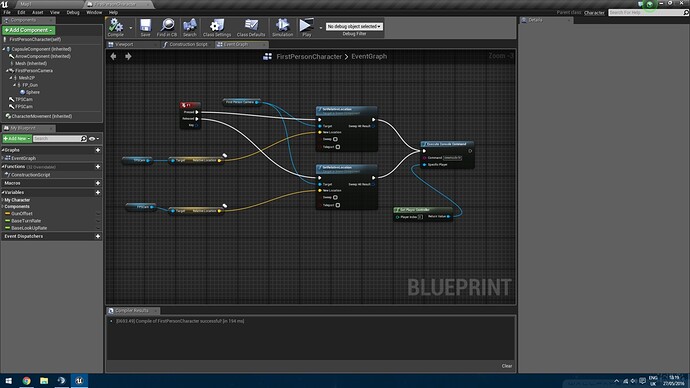 usually FCommand keys are attached to debugging options. i use C for my testing purposes. as you can see, it will move around. Its important that you use UsePawnControlRotation, else it wont pitch up. the problem is that the mesh is not rotating up because there is no extra logic, which of course is needed. but for the camera issue, this is it.

Omg thanks you that worked. when it goes wire frame f1 is the key to switch it. thank you