Trying to learn how to make a River

Has anyone else been able to make a river that could help explain how to possibly do this or at least point me further into the right areas to where I can read up more about it and try to play around and figure it out on my own. I would really like to learn how to do this as I’m certain it’s relatively possible since I’ve seen it done in UE games.

I have a decent understanding of using UE4 except for the nodes as I’m not all that familar with those just yet.

I’ve spent a lot of time these last few days trying to figure it out but so far my luck with it has been pretty minimal. I’ve even started looking at other projects just to kinda try to figure out how to do it but so far that’s not been very helpful either.

I am thinking it might be possible with a Spline so I’ve started looking around and following the RaceTrak and Spline Tutorial there to try to figure it out better in hopes that I could then turn around and apply the same with a river maybe. Aside from the splines idea though, I am completely clueless on a good starting point to make this work.

Any thoughts or input about this would be greatly appreciated and thanks in advance.

I believe I’ve managed to partially achieve it using the splines and by applying the floor mesh with a water texture then mapped to it which turned out nicely.

However, because of the Spline and I have a split in my river in the middle I noticed that I can’t figure out how to make it mesh together well since it currently shows clipping and overlapping. 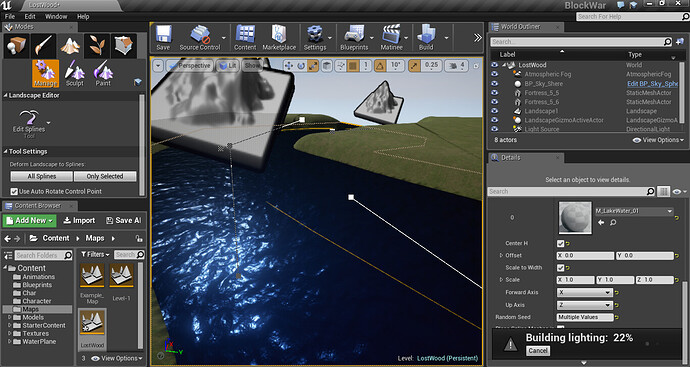 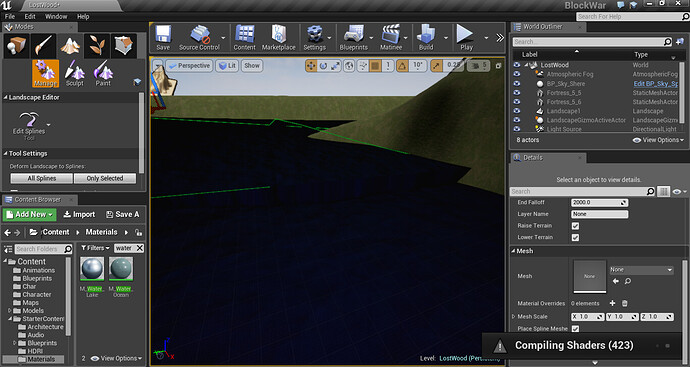 You will want to blend your normals together so when they pan along they blend together which will get rid of the seams. Below is an example image of how to go about approaching this set up. 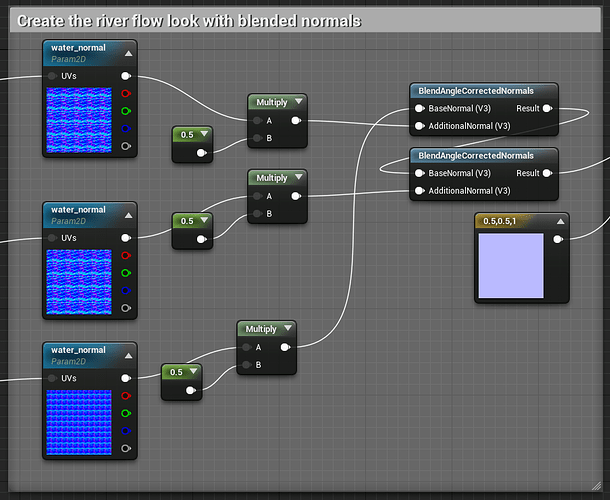 This section is from a larger pack I purchased for myself from the Marketplace called, Nature Pack Vol. 1 which has some really high quality examples and great uses of splines.

Let me know if this helped and if you need further assistance.

Oh wow, thank you so much for the help with this. I’ll try that!