I have a large library of sound clips, weapons, that are bursts but the duration is to long and I would have to edit each and every one of them to make it useful as a sound Que.

A simple node added to the Que would be helpful that sets the start and end points. This way I can make use of my sound samples and make them loop. One file for example I have 10 different shot sounds from 10 different weapons.

Would be cool to be able to make a sound atlas so to speak.

This goes somewhat similar to my request to support start, start-loop, end-loop, and end points for sounds of indeterminate duration.
Sadly, we don’t have that, either.
I don’t feel like sound gets any love in UE

A software mixer could do all of this with a kajillion simultaneous sounds at a few percent of CPU load on a single core, no sweat.

I went ahead and entered a feature request for the suggested implementation with the tag UE-14389. I also see this being a helpful node especially if you know exactly when and where you would like to hear a specific sound within a Sound Wave. If you have any questions or suggestions please let us know.

Audio programmer here – totally agree this would be awesome. The current audio system is not really set up for this sort of thing (i.e. it sort of uses a “fire-and-forget” model of audio), not to mention that we’d have to do it 7 different times as this is a platform-dependent feature. Sucks, but! I’m working on a brand-new audio engine that pushes as much cool stuff up in the platform-independent layer so doing something like this will be trivial and not developmentally expensive (i.e. i’ll only need to do it once!).

Sit tight my friends… and we’ll have some cool things coming.

By the way, w/ respect to your comment about having to edit your sound files to make them useful sound cues: This is sort of the tedium of sound design in games. Pretty much all sound designers have to deal with this. Even if you had a cool tool to do the sound atlas, you’ll probably still have to go through the tedium of authoring the cue/loop points (though, I could implement a threshold-detector and give you audio “slices” like Reason’s Dr. Rex player, which would be pretty cool).

So, in the past, on other games I worked on, I solved this tedium (or at least reduced it) by using sox, a really nifty swiss-army-knife audio command line tool, and generated my asset slices from single given source files (and did the usual normalization, etc, while I was at it).

And here’s a tutorial on how to use it to split up an audio file based on silence thresholds:
http://digitalcardboard.com/blog/2009/08/25/the-sox-of-silence/

Then you would use whatever language you want and call the command-line tool sox.exe with the proper files/paths based on whatever conditions you want.

Googling, I also found this which you might want to check out: Easily Split Audio Files with WavePad Free Audio Splitter

Also, various DAW’s do batch processing/export, which might also be a solution for you: 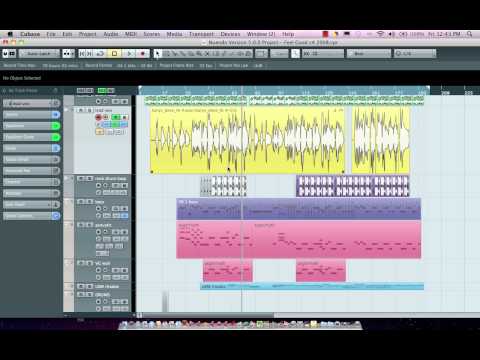