Trouble with the Analog Rotation inside Blueprints

any ideas what in the world could be causing that?

Have you tried using ‘up’ instead of forward? I’m not sure if this is 1st person or 3rd or anything like that but i think ‘up’ is the axis you use to look left and right (yaw) and ‘forward’ is essentially roll.

You’ve tried using Z instead of wither X or Y in the make vector as well?

Hi, I’ve just been doing this myself for a character.

I simple did the same set up as but created a Vector from the X and Y values and used a “Atan 2 (Degrees)” to get the angle between the sections in your top diagram. 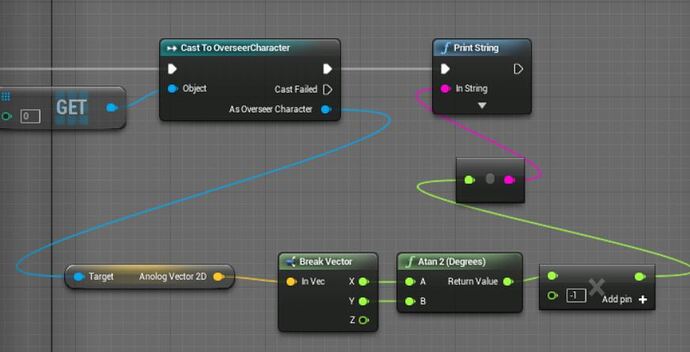