I’m trying to understand bluerpints interface, but for some reason I don’t manage to make it work.
I have the following nodes: 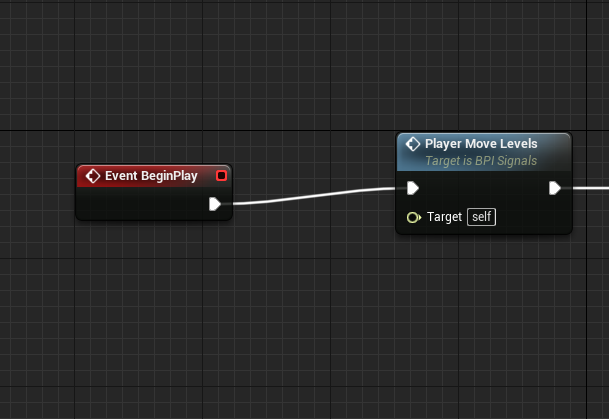 They are both on a empty level.
They both have the inreface implemented.
But for some reason, the “Event player move levels” just don’t fire in Bp_actor_2.

In order to call a BPI function on some other actor you need a target - a reference to that other actor. Besides that, you’re calling local implementation…

One can call interface functions on just an Actor. The whole point here is inter-class comms without casting, ever. [image] Combine it with inheritance and you’ll never look back at the tight direct comms. At this point your opinion is borderline misinformation, ha. You’re simply not using it correctly. Judging by the colour of the pins on your node, you’re attempting to call the wrong thing to start with. You’re not calling interface function. You’re calling local implementation. As in: …

They are both on a empty level. They
both have the inreface implemented.

Think about a situation where you have:

How would bp_actor_1 know which bp_actor_2 we need to send the message to? We need to target a specific instance of the actor. Currently, you’re targeting bp_actor_1 with bp_actor_1. That will not work.

But, if I want that bp_actor_1 to send the message to all bp_actor_2, it shouldn’t be a problem, isn’t it?

Not a problem. But those actors don’t know about each other’s existence - you still need a reference. If you placed both actors in the Level, you can just reference them directly: 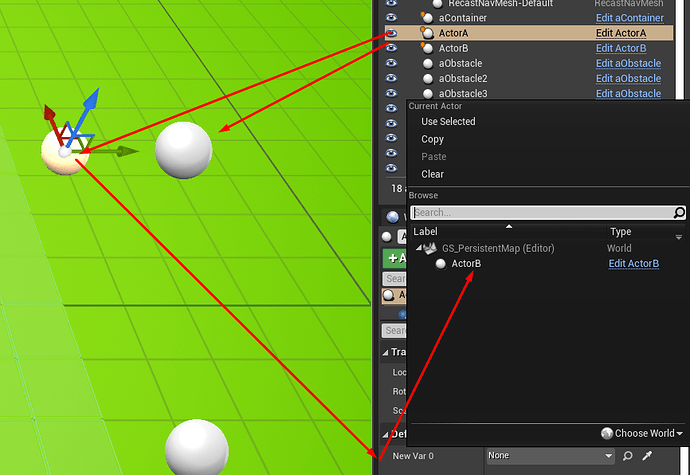 But now you need no interface…