After watching this tutorial:https://www.youtube.com/watch?v=SIp4vFoU_d8 I was really excited to dive into the the setup event aspect of control rig. I have several Skeletal Meshes that all use the same skeleton but are proportioned differently. Before I run my forward solve events in my Control Rig BP I am attempting to procedurally generate my control positions based on the skeleton bone locations, but with little success. The controls don’t seem to snap to the bone locations as I would have hoped. Instead when I swap the preview model and recompile the Control Rig BP, model deforms to fit the existing control clocations. Additionally, it looks like the skeleton hierarchy is getting distorted in Control Rig as well. Has anybody has success implementing this way of working? Any tips or tricks? I’m working in 4.26 preview 7. 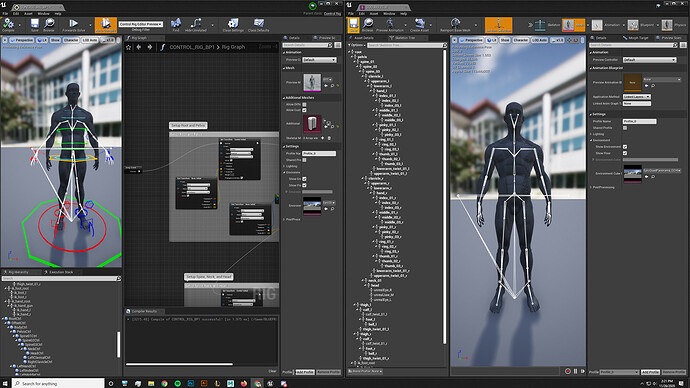 This image shows the model deformation to the rig controls 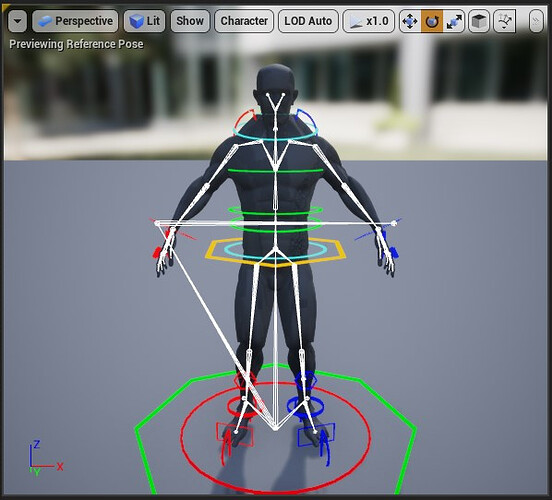 I too have found it does not work in the preview window however; if you make a sequencer and add 2 different skeletons it should work properly. Though I have a couple instances where it still does not appear to be applying the offset correctly but only on certain controllers.

Create your control rig from your skeletal mesh and not from the skeleton.