Good afternoon guys, I’m having a hard time making the touch controls to be played on phones or tablets, I already did the layout and put the Create Widget in the blueprint of the main character.

The controls are now ready for keyboard and gamepad, my intention was to use only the standard left analog of the UE4 and put a button to shoot, one for aiming ‘on / off’ style and two more to change weapons.
As in the image, this is the logic I’m doing for the touch buttons, using a character’s variable as a reference to set two booleans, and that two boolean’s in ‘get’ function are in the blueprint of the main character set in a Branch Was an Input).

But when testing, even on the mobile (Moto G 4 Play Tv) or the computer inside the engine, nothing happens, not even if I put a Print String to see what is happening. Curious is that if I test out of the engine, in Windows, the buttons interact with the mouse clicks, but nothing happens.

Can someone help me? Thank you!! 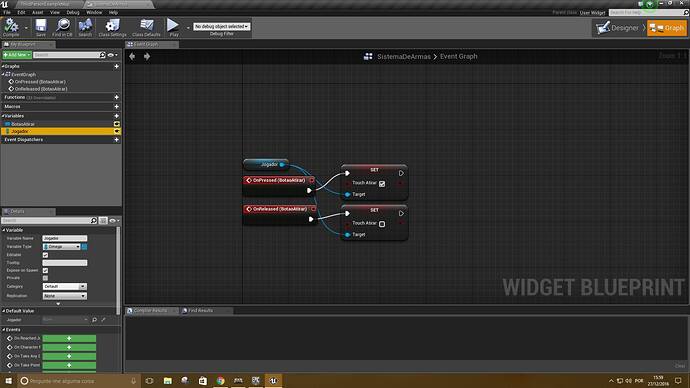 Did you turn on Enable Touch Controls under Project Settings>Input? Silly question, but always good to start with the simplest solution 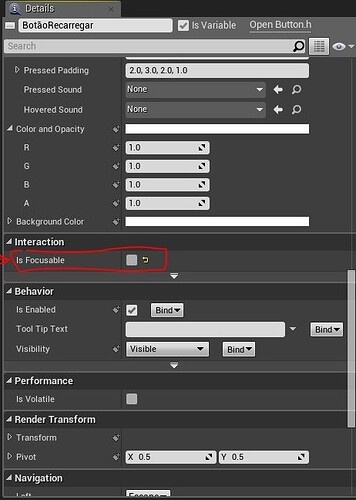 I fix by disable this option and set the Z position under Details in Widget Blueprint, but thanks for the answer!

Disable this option and set the Z position under Details in Widget Blueprint should be fixed!

I’ll keep this in mind if I’m ever developing for mobile platforms.