I am making the roof disappear, I have done a test some months ago and everything working well. But now I can’t reproduce what I’ve done.

When passing through the trigger, the roof disappear but the character motion become very slow. Is like the camera don’t see the cursor through the roof or something. I’m sure I must enable something but don’t find what to enable.

I’ve compared my test 2 with my test 1 and I don’t find the problem.

Any help will appreciated. 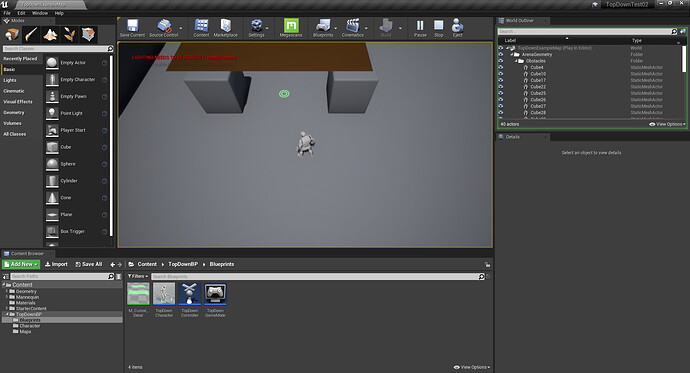 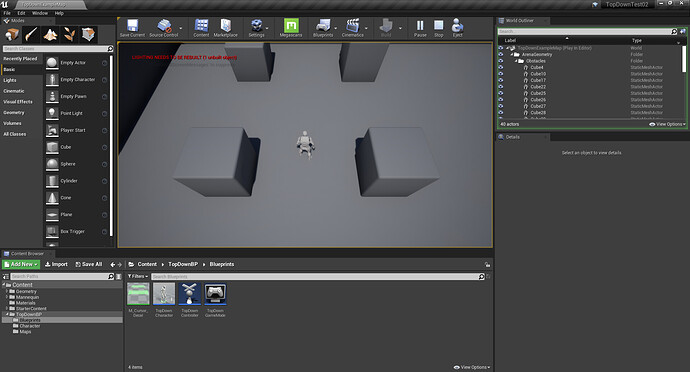 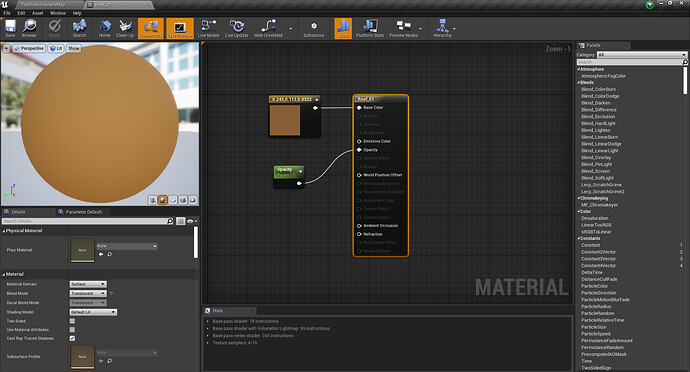 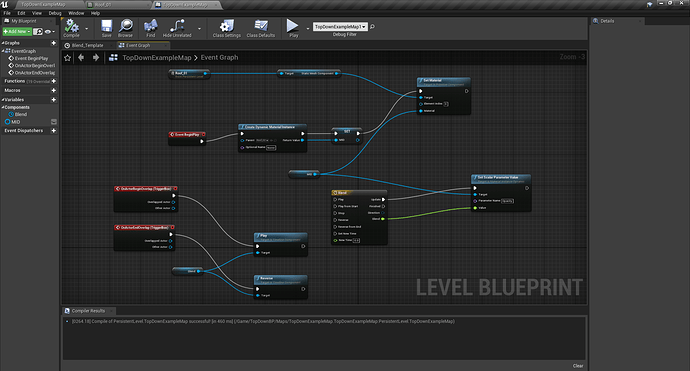 tl;dr - I think the trace is hitting the roof. You’re attempting to reach a location that’s on top of it - which makes the movement seem sluggish as its path cannot be resolved. The system gives you the best approximation and you end up under the hit location.

It also seems that the decal disappears, meaning it was applied to the roof, indeed.

Changing opacity does not mean the static mesh isn’t there, it is - we just see right through it. The movement in this template relies on: 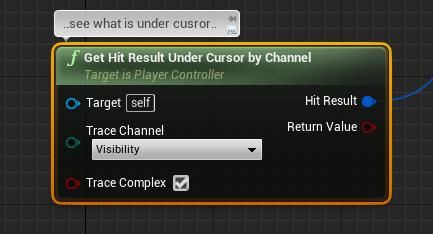 It’s tracing against Visibility channel in order to return a Hit Result; that trace will hit everything that blocks that particular channel. By default, static meshes, like the roof, block it. It might be a matter of having the roof not respond to this trace: 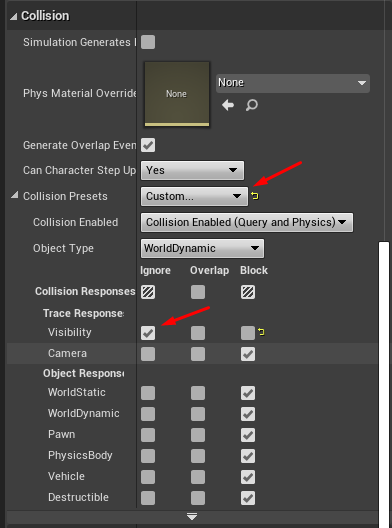 Do tell if that helps.

I found yesterday that Collision Preset was on Pawn on my first test and my second one was on Block All.

You’re right about the opacity, I forgot the mesh was still there.

Takes time to find the problem but now it work.

I’ll take a look at this Get Hit Result Under Cursor by Channel node.

Thank for your help.
Bob

This is the perfect use case for collision channels.
Make a “not clickable” channel with the proper settings, and whenever you have a piece of geo that you need to make disappear set it to that channel…
(Personally I would also have them all derive from the same BP as children…)