Top down arena game looking for programmers! All assets near complete with system left ~Pics in post

**Hi everyone, so we are busy with a project by the name of “The Arena Tale” and are busy looking for programmers! **

The concept is a basic arena wave by wave styled game where the point is to survive as long as you can, as well as the player being able to switch between a melee and ranged form to get in and out of certain situations. The characters that the player will control as well as the NPCs that will spawn are extremely simple and clay like where as the environments are detailed towards a more hand painted / stylized approach and far more detailed in general compared to characters.

Claydiators were born. Great arenas were built to watch them fight and decide the winners and losers of the world. Those who would cheat would loose everything. Those who won time after time would have a greater chance of loosing the most. Those who always lost would still have chance to win it big. These were the simple guidelines and these were the beginning of the Arena Tales.

Art for characters and an arena and a screenshot to show current style/progress: (Graphics still in progress) 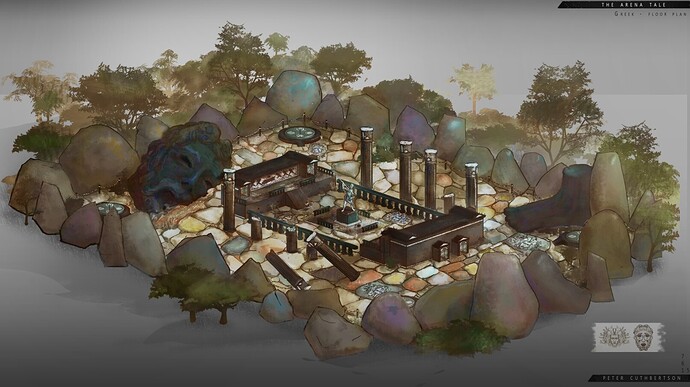 We are looking for programmers that can build from the base up, this would range all the way from Player to AI and even UI/Menus.

Requirements: Over 18, can work with bitbucket / source-tree linked to Unreal as a source control as well as implement / import assets when needed.

If you really have done 2/3rds of that characters animated, why don’t you show these instead of just concept art?

Unfortunately recording has been a world of pain but we finally got a clip sorted: https://www.dropbox.com/s/t2zinwfhikv9e9x/Characters%20and%20animations.avi?dl=0 **This is a preview of all basic animations for the 3 characters. ** (Will update with a higher res when I can)