I am able to get the functionality to work on an actor by actor basis in blueprint, but I am trying to find a more efficient way.

This is what I’ve done for one actor.

Arrays list and flow control. Yo can put all mesehs in a array var and use a flow node to run through all meshes and recall the same toggle visibility node.

I think for your case it better to use streaming levels. 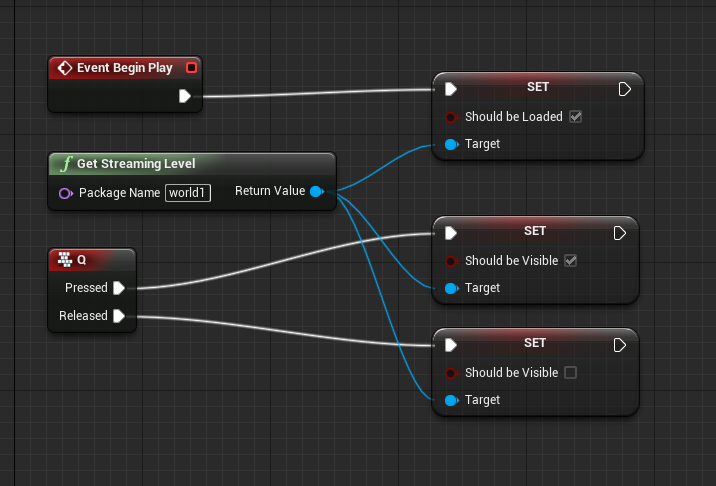 I think for your case it better to use streaming levels.

Thanks a bunch! This definitely sounds like the way to go. Honestly, I’d never even considered using streaming levels.

I set this up for my multi-level game and now my pathing and matinees for my first playable level no longer work.

I have a charselect .map file as my main persistent level (for 3d model displays) and then my first playable level is loaded when the players have finished choosing their characters. However, when I play through my playable level it shows fine but the matinees don’t work and the pathing is all messed up even though it displays fine.

Are there more tutorials on using the levels tool and multi-level setup?