I put a point light at the sphere actor.
and made it toggle like the picture.
but I don’t know how to off this.
I tried to set the actor scale to 0 but the light is still in toggle
Plz help me

What is this supposed to do? Perhaps it’d be better if you described what you want to achieve.

You can set the Brightness to 0

it’s kind a blinking? twinkle? the light. eventhough i set the scale 0 or set the brightness 0 it’s still blinking

i agree with Everynone a " A self repeating looping event makes little sense.". i dont think it will perform well and will probably cause bugs.

Promote the return value of “Set Timer by Event” to a variable and when you want to stop it drag an “Invalidate Timer” of the variable. 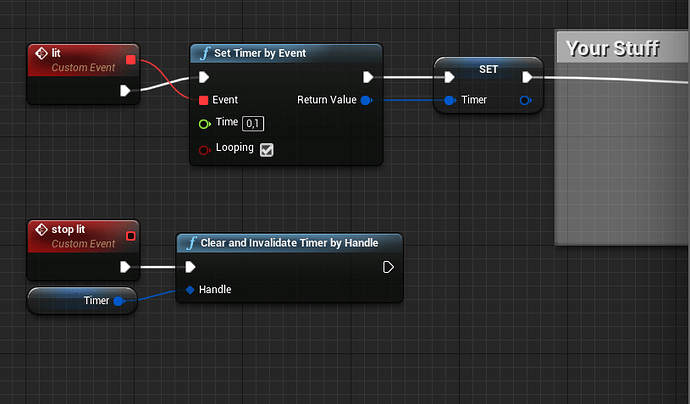