I posted this on answer hub as well, but I know question sometimes get buried in the pile there so I figured I’d ask some of you here that are more blueprint savvy. I’m trying to make an rpg/mmo styled game. I have made two movement functions for the player to use called Super Jump and Super Run. Currently I have them set up to where you have to hold down a separate key to perform the actions. I would like to make them toggled, for example when the number 1 key is pushed the character will super jump when the space bar is pushed instead of a regular jump. When the 1 key is pushed again, he will return to a normal jump height. Would a flip flop function node be better for this or is there a better way to fire off this command? Iwas able to get the super run working properly with a flip flop but the jump isn’t firing for some odd reason, so I put it back to the original set up. Heres some screens of the two functions.

I’m trying to get the jump to function similar to the run. Anyone got any advice on how to fix this would be golden.

Have run print strings on cast fail, Zvel or speed to see if they are setting properly?

I did infact put strings on the jump at one point and it showed that it was actived and deactivaed. However during the “Deactivated” the character would not jump at all.

This works perfectly in my character 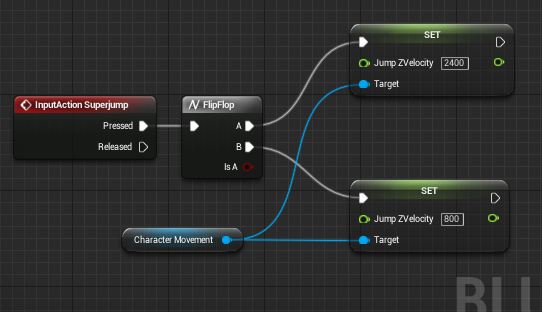 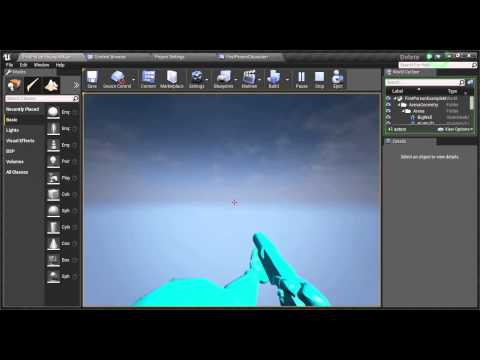 Thanks for the help. Not sure why my set up wasn’t firing the normal function but I set it up like you have it and it works fine. Maybe I had something crossed on the “wiring” to the cast functions but it works great now. Just one more headache out of the way, now to make a flight one lol.