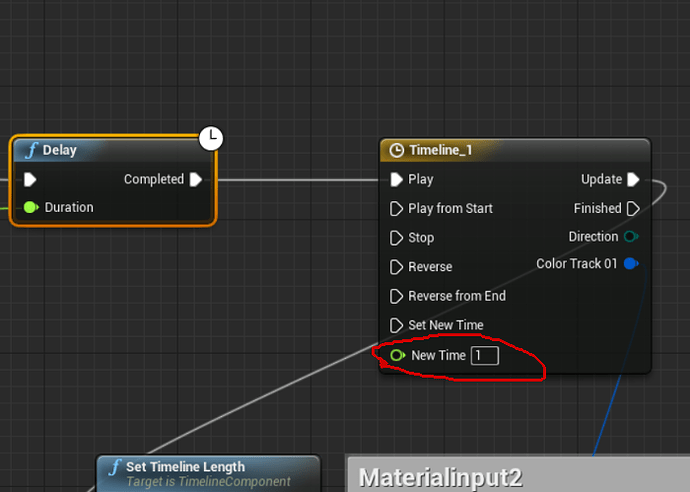 “new time” doesn’t affect on start time of timeline and it always plays from 0
What im doing wrong and what i have to do to set my timeline plays from certain time? thank you

The new time will get applied once you drive flow through the ‘Set New Time’ execution pin. After that use play instead of play from start. The next screenshots will show you what I mean.

I setup a timeline that has an alpha value go from 0 to 1 in 5 seconds. 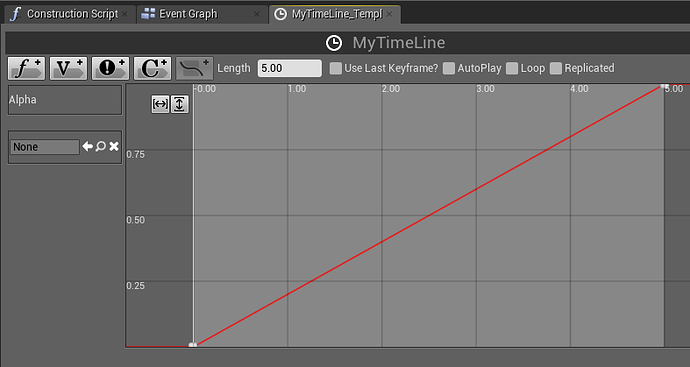 Now before I start the timeline to play I use sequence node to first set the new time, in my case I set it to start at time 2.5 and print the first alpha value out.

As you can see the the first value that alpha gets is 0.5 which is exactly the value that the timeline should take at second 2.5, check the upper left corner. 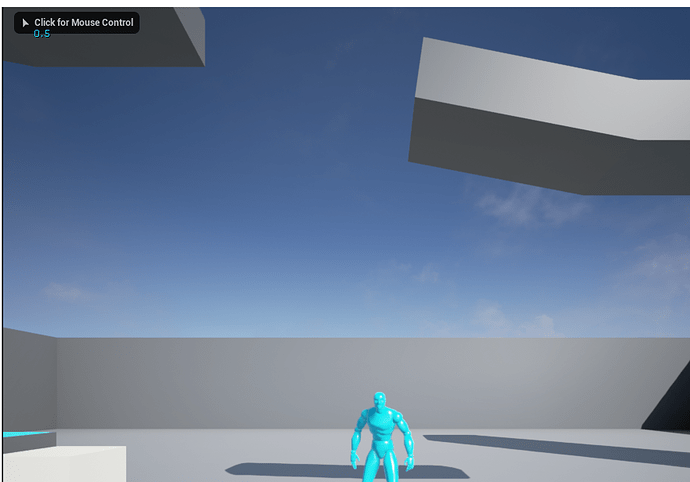 excuse me please, but can you show me how to do that i mean that first part how to set flow through the ‘Set New Time’

I just edited my answer with some screenshots.

Thank you very much, Moss)

Remember to accept the answer so it’s useful for other too.