I´m using UE4 for architectural visualization projects in a skyscrapper and I´m having issues with the perspective. In 3ds there is a Camera Correction Modifier, also Vray has something similar. Is there anything like that for UE4 or some similar effect that might be achievable through blueprint?

I`ve found something similar for unity Camera Perspective Editor Demo - YouTube and I assume that it could be done also for UE.

This is the only setback I´ve encountered for architectural projects

Thanks for replying, I was referreing to the distorsion that is created due to the perspective, for instance whe you look up at a building the lines seem to merge at the top but for photographic images the idea is trying to reduce that distortion.

that’s what “field of view” controls: lowering the field of view reduces perspective distortion, making the image closer to orthographic.

I personally haven’t seen more advanced camera controls in UE4, nor could I find anything about perspective control besides FOV. I found this though: 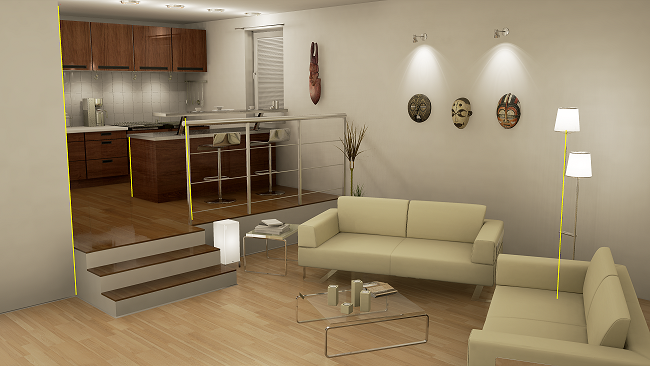 Tilt for Camera to correct the perspective

Is there anyway to adjust the tilt in camera to make the yellow lines remain vertical? In 3ds Max we have Tilt Correction, I want to find the similar option like that for UE4.What’s the best way to accomplish this without moving the camera far away? ...

On a separate note, it’d be cool to have a triangular depth of field to simulate the tilt shift miniature look.