Tibia - In my opinion, the best role playing ever

Warning: My grammar may let you blind.

¿What is Tibia?
Tibia is a free massively multiplayer online role-playing game (MMORPG) since 1997. 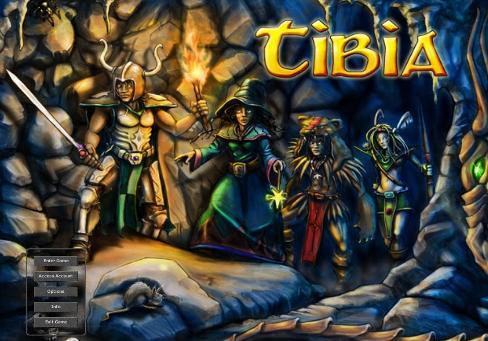 My Opinion
Tibia is by far the best Role Playing Game had ever played. Maybe Tibia doesnt have the best graphics (actually is maded with sprites), no sound, simple special effects… but it has something that no other MMORPG had make me feel. Its like you are part of the game and here are the reasons:

1. Community
Become part of Tibia means that you are going to meet a lot of people. Since the day you choose in what city you will live becomes the moment that you will meet someone who is going to be your “friend” or “friends” during your whole adventure. And it does not matter if they are highter level than you, you chat with them, every day, you ask for things, for help… you go visit them in their houses (which are part of the city) or at the depot (town center). 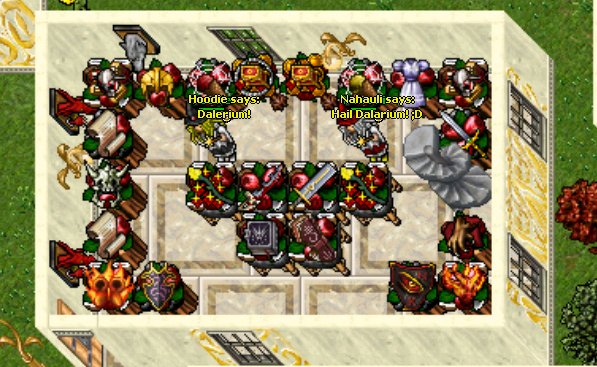 2. Towns
As i said before, in Tibia you are free to choose where to live (this obviusly does not matter that you have to stay in the same town forever) and for sure you will remember the “faces” of the players that live in your town. Again, does not matter if they are players with highter level or lower level, they live there, so you will keep seeing them. Its important to meet them too, at least know if they are agressive or cool people, its part of the survival experience on Tibia. 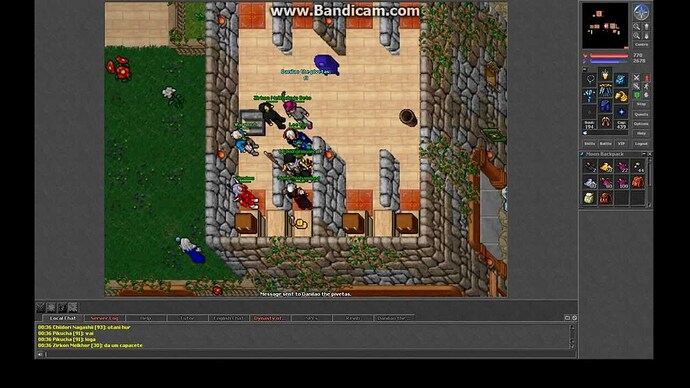 3. Survival Experience
Talking about this in the point No. 2, explore the world is not like other games, you have to be prepare for encounter any kind of danger situations… monsters of any kinds that maybe you are not ready to face, players that wants to kill you to take your items… A death in Tibia is not acceptable, drop an item and your backpack is just unacceptable, so you have to be smart and prepared for anything, also, when you die, you lose experience, hours and hours of hunting. 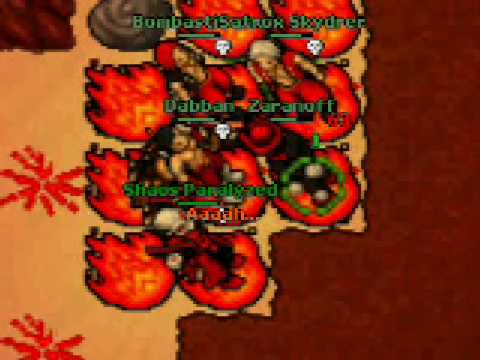 4.Open World, NOT LIKE OTHERS
Again, the level does not matter, you are free to explore 99% of the world (the 1 % is because some zones are “quest” zones and are protected by “level doors”)… and this is just awesome. But be carefull, a level 20 is not match for a Dragon Lord hehe. 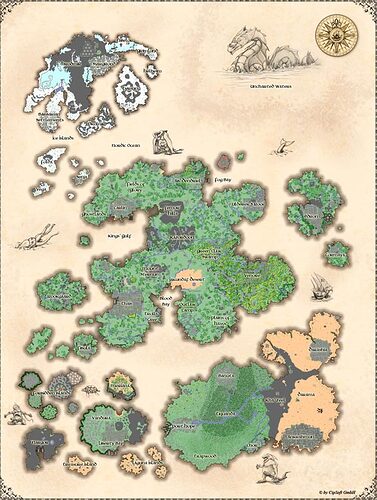 5. Hunting
I really prefer go hunting monsters and creatures than do pointless missions like help a spirit to find their bones for 15 minutes or kill the bear that is killing the sheeps of the farmer… Hunting is more addictive, is constant fighting and brain activity, yeah, may be look simple in Tibia, but seriusly, is really adictive. Also, the looting is awesome because every creature or spawn zone gives you different rewards, weapons (there is a probability to obtain diferent rare items from each monster) or stuffs that is required to get new outfits (looking styles). You cant just go hunt, you must prepare yourself before this, for example, some creatures are not reccomended to face if you are low level or your vocation doesnt have an advantange fighting the monster. Team killing is recommended for powerfull monsters, a knight may block the attacks, a druid will support the knight, and the paladin and the sorcerer have to take the monster down as fast as possible, but hey, faster doesnt mean you have to do innecesary waste, hunting costs, you have to be smart, is not only about spamming. 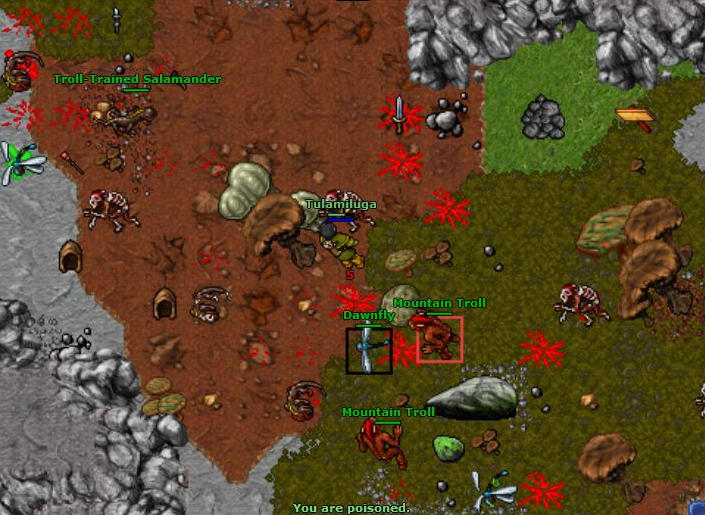 6. Trading is/was great
After hunting you get a lot of things, some of them can be selled to NPCs, but others cant be, but this doesnt matter, because for sure, someone will be intrested in your item, so, scream for a couple of minutes while you talk with your friends and prepare your items, for sure someone is going to call you. AND YES, YOU HAVE TO SELL IT, you will need the money for prepare yourself for your nest hunting, (you need potions and stuff). 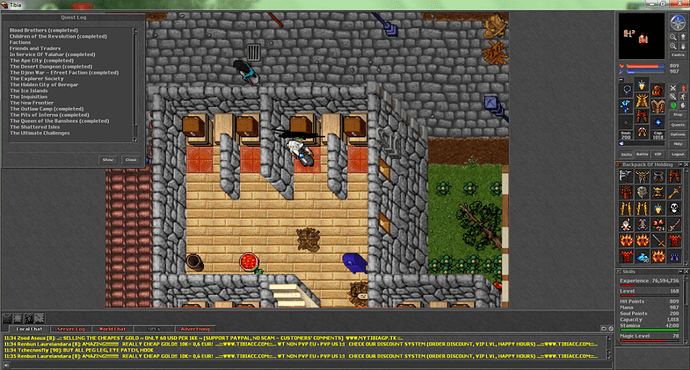 7. You dont need stupids DLC or Updates every Month, No Level Limit, but it stills hard to obtain
When i played it, level up was hard, even before 1 year of gaming for a couple hours per day, my level was not even near of the average level. As i said before, dead is not an option, some timnes you lose almost an entire level. 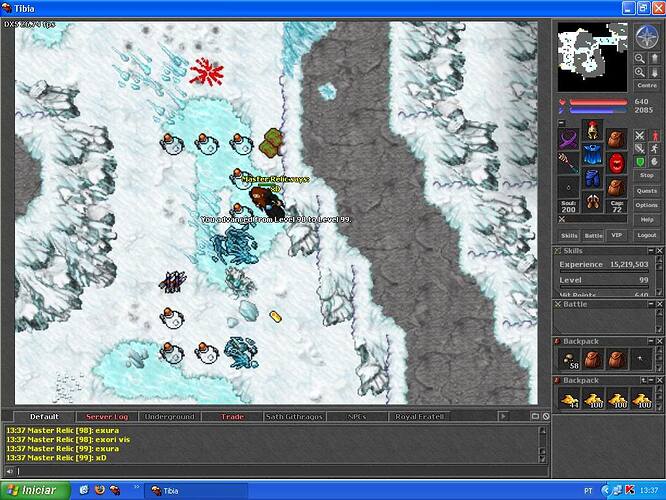 8. Items are easy to remember, because they are Unique
Everybody in Tibia knows what is a Dragon Scale Mail, how much costs and for which vocation is maded for… same for every item. The last mmorpg i played was Elder Scrolls Online, i changed my sword for like 3 times per day… imposible to trade because there are trash weapons for every level… and you level up in minutes. Its pointless buy weapons from other players (until level 50+), for sure you will get a better one in minutes.

9. Level doesnt make you better than others
For sure a level 100 can kill a level 30 (or maybe not, if the 30 is prepared to face him and the 100 underestimated him), but that doesnt means that 3 level 30 cant take him down… everywhere and anywhere (except safe zones, this means 0.001% of the map: the depots place, temples and your house). Talking about houses… a level 50 that knows how to get money can afford and have the biggest house in the game. ¿How?, dont ask me… but it happens… hunting is not the only way to get money, trading, buy cheap, sell expensive. 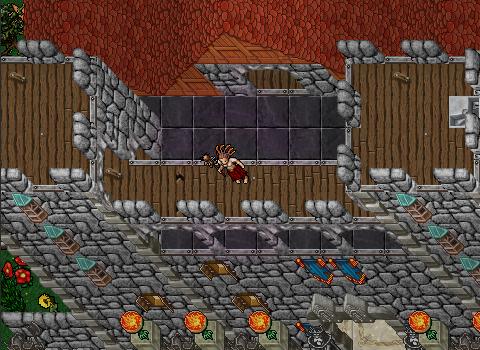 10. Communication <3
In mmorpgs, sometimes noone is paying attention to the **** chat box… in Tibia is not necesary, because when someone says something, is appears above his head. Also, is recorded on the chat box. The name is over the character, so is easy to know who said that. Obiusly it have Guild chat and private chat. 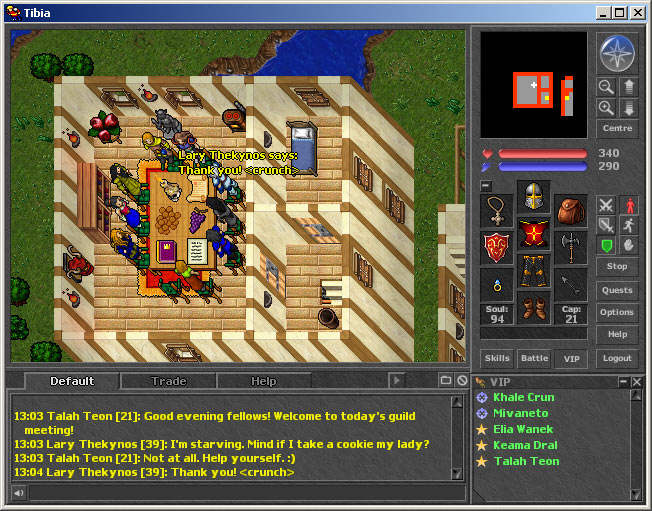 Yeah, Tibia is old, looks boring, but it was not. I played Tibia for around 2 years, in 2007, also, i involve myself in Open Tibia Servers and i make my own Tibia Server with my own map, creatures and stuff, but limited, i was young. I would really like to see a game like this, this simple, maybe in 3D, but this simple.

PVP Anywhere, Everywhere, with Anybody
Attack a player will put you is disadvantage because other will see you are attacking players and they are going to be able to attack you, but thats okey, a murderer deserves to die right?.. whatever, pvp and WARS were great… a lot of tension and fear of dying.

A War (is not a special place to pvp): 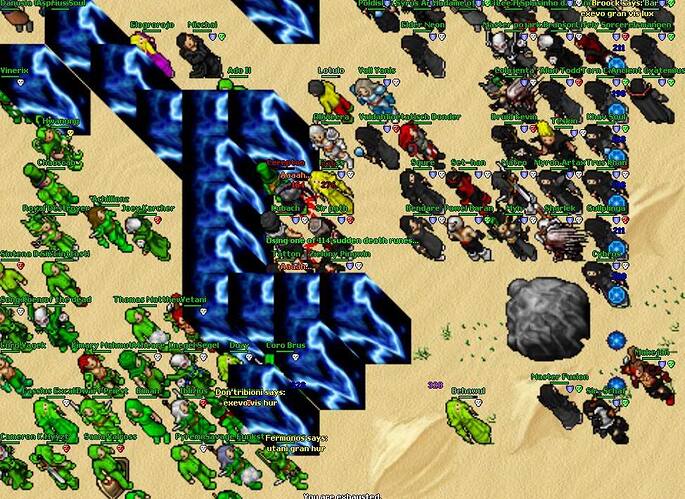 Even now have around 10-15k players online on the day, since 1997. I played it again, looks better, but they screw it, now its easy to level up and improve you skills or get items.

Whatever…
Did you play tibia? What you think about this?

Moved this to Off Topic … doesn’t really have anything to do with Unreal Engine and is borderline spam.

moved this to off topic … Doesn’t really have anything to do with unreal engine and is borderline spam.

Moved this to Off Topic … doesn’t really have anything to do with Unreal Engine and is borderline spam.

@Caballep: “Off-Topic - Anything and everything else - Breakfast cereals, movies, who was the best batman? Off-Topic is the place for everything not Unreal Engine.”

This was not made in Unreal Engine so it doesn’t belong in general discussion. Asking the question: “Would you like to see an open world game like this? (maded with UE4)” is not going to get it moved. Thanks.

Asking the question: “Would you like to see an open world game like this? (maded with UE4)” is not going to get it moved. Thanks.

Huh?, i can start it, whatever, thats not the point on the question mr sherlock holmes.