This is PHANTOM, a new sandbox game made in China 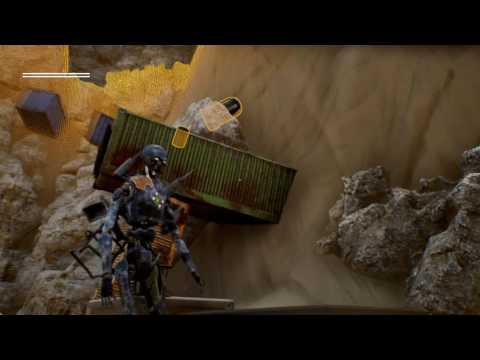 Hi every one, this is Phantomisreal, a small team based in Beijing, we create this game called “PHANTOM” in about 3 years.
we are all very new for making games, we learn as we create, thanks to Unreal, you make us dream come true. 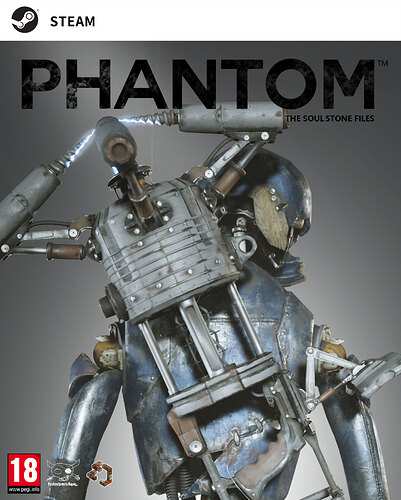 Phantom is a hardcore post-apocalypse sandbox game with survival and construction elements.

Unlike a great number of sandbox survival games in the market, the protagonist of Phantom is a robot rather than a human. Furthermore, the game also contains a construction system which is based on realistic physics, leading to completely different experience of combat and building.

Eons ago, mankind was entirely extinguished from the surface of the Earth as the result of the decline of the planet’s magnetic field. Nevertheless, the majority of humans had stored their souls (consciousness, memories, etc.) in the Soul Stones which are actually storage media of quantum information, expecting a miracle would happen someday in the future. This epoch is known as ‘the Old World’.

After the earth had fallen silent for ages, new humans that possess human souls and mechanical bodies emerged on this ruined planet. They established different camps and organisations in accordance with their different beliefs and perspectives.

That is how the New World and New Humans came into being. The promised future of theirs is in your hands now.

Survival is currently an extraordinarily popular genre of video games. The basic rules of survival games are very much similar, emphasising pressure from the environment and non-playable characters, and also the challenge that players overcome such pressures through collecting, construction and combat.

There are two features of Phantom that distinguish it from other survival games:

First, the construction system is based on realistic physics principles. The construction systems within existing survival games are mostly ‘shells’, which are unable to move by themselves at all! But Phantom has chosen a different approach: if the players wish to create any tools or buildings to achieve certain goals, they have to design them themselves, and what Phantom provides are the most fundamental ‘function blocks’. These ‘function blocks’ are completely based upon Newton’s laws of motion, which makes them highly flexible. Therefore, with such construction system, players can theoretically create anything with considerable interactiveness. Buildings, traps, vehicles, aircrafts, trains, or even computers can be created by the hands of players. Phantom has brought players almost infinite possibilities for their creative impulses.

Second, the survival of an android that solely relies upon its limited battery power. So far we have got to know hardly any non-human protagonists in existing survival games, but the protagonist of Phantom is a robot. It is more than natural to choose humans to be the protagonists of survival games, since humans have familiar basic needs: eating, drinking, moderate temperatures, limits of stamina and energy, and in some cases there are even elements of courage. Phantom has simplified them all—the android’s electric supply is almost the only thing players need to worry about in the game. Although it seems that the survival mechanics have been simplified, there is in fact a more challenging requirement and less forgiving distribution of resources because almost any behaviour in the world of Phantom consumes battery power—living, running, fighting, shield maintenance, construction, etc. Moreover, the function blocks also require electricity to work properly. With limited electric resources, it is challenging for players to efficiently manage the usage of the electric power. Combining construction system based upon the realistic physics and the survival system concerning the sole electric supply, it is promising for Phantom to provide a unique and unprecedented gaming experience.

Another distinction of Phantom in comparison with other survival games is its ‘Big Planet’ system. The setting of Phantom is not a horizontal plane with boundaries, but a solar system that is almost the same scale as our solar system.

What Big Planet brings is more harsh environments, a more difficult mining and transport, and a more realistic and a vast gaming experience.

An increasing number of games today are expanding their settings beyond the reach of a single planet (e.g. No Man’s Sky, Astroneer, and Star Citizen). They initially intend to bring players an unlimited gaming experience, but without appropriate restrictions to the enlargement of the game setting, the quality of the experience quickly degenerates.

During the Early Access phase of Phantom, the horizontal plane level will be available first. When its performance reaches our standards and expectations, a planet then will be released, and then its satellite, and then their orbit. As soon as we are satisfied with this small system, we will gradually enlarge the available stage.

It should be noted that in Phantom, the inter-planetary transports such as rockets and artificial satellites are also based on realistic physics simulations. In this way it is similar to Kerbal Space Program.

Although we are a modest indie game studio, in graphics and gameplay we aim to bring players the full blockbuster experience. Gameplay matters, undoubtedly, but we can’t trade good graphics for gameplay.This is our fundamental belief.

Our art style creates a wasteland of hard science fiction, and we attempt to provide players a deeper immersion experience. Our team has made great efforts in art design and graphics: from concept design to post-effect and from modelling to texture, we give it our all. You can click and download the artwork see our efforts for yourself.

The art style of Phantom is also quite gritty, which distinguishes it from many other Sci-Fi games. In Phantom there are no shiningly futuristic technologies such as warp drives or interstellar teleporters, but instead there are shattered junks and ruins everywhere.

Among many other sandbox survival games, Phantom has a vast background universe, for which we have written a CGI film trilogy, and the first draft of the storyboard for the first film has already been completed. One of the key creative minds involved is Xu Hua a professional screenwriter, and his experience grants the narrative of Phantom certain advantages. The scale of the world of Phantom is comparable to World of Warcraft.

Character customisation is included in many video games, and Phantom is no exception—it even goes a few steps further, in a bizarre way. To be honest, even we developers have no idea how you will dress up your character in the game (and under some occasions we prefer not to). Anyway, our customisation is powerful and flexible, and you, as a scavenger, can put on anything that you collect in any way you would like. As for whether you will look beautiful or the other way around in the mirror, we will not judge.

Because of our hardworking artists have their limits, we will not be able to provide players many types of uniqe rival NPCs in early versions. We have developed a system to make these enemies less monotonous. As with the players, they will random pick up junk lying around in the world and put it on at random. So when you see some strange things running all around the planet, please stay calm and keep gaming.

Phantom has the 24-hour full dynamic lighting and the cycle of day and night. This is not only to make it look cool, but more importantly, it will to a great extent influence the gameplay. Sunlight is the only thing that generates electric power, but your NPC ‘friends’ will interact with you more actively after the sunset. Solar cells are utilised in-game to generate electricity, but the amount varies when you are under the shadow of objects or on a cloudy day. The cycling of day and night is implemented to make the game more interesting.

Although we do not have Photoshop in game, we do provide you tools to take photos anywhere and anytime from any angle.

These are the introduction for the Early Access version on Steam, and it is the sneak peak of the world of Phantom, the appetiser before the main course. Phantom has been an ambitious project from the very beginning, and without huge sums of investment to support our five-year-long development, we have no choice but to divide this project into a few phases. We hope to thus sustain our lives and at the same time guarantee the progress of game development.

just asking, is they any english translation in the game or only chinese?

Very nice indeed. The Graphic realism is insane and the camera work adds even more flair. I really appreciate the robustness of Character Customization System. I have a question (in which I may have overlooked the answer to)… is there Multiplayer?

I’m totally excited for this! It’s great to see this sort of stuff coming out of China. I may be wrong, but I personally have only really seen RPG related games for the most part. What’s the Unreal Engine scene like over there?

Anyhow, keep it up!

there will be English

Good luck, I’m waiting for it. It reminds me Wall-E.

thanks guys!
we will keep making this game, make it better and will release soon at Steam.

I’m interested in seeing more about this game. From what I can see so far, it’s like Minecraft with robots and actual physics.
Sounds awesome and fun. Very nice visuals.

That robot is amazing!!

please help us on kickstarter! 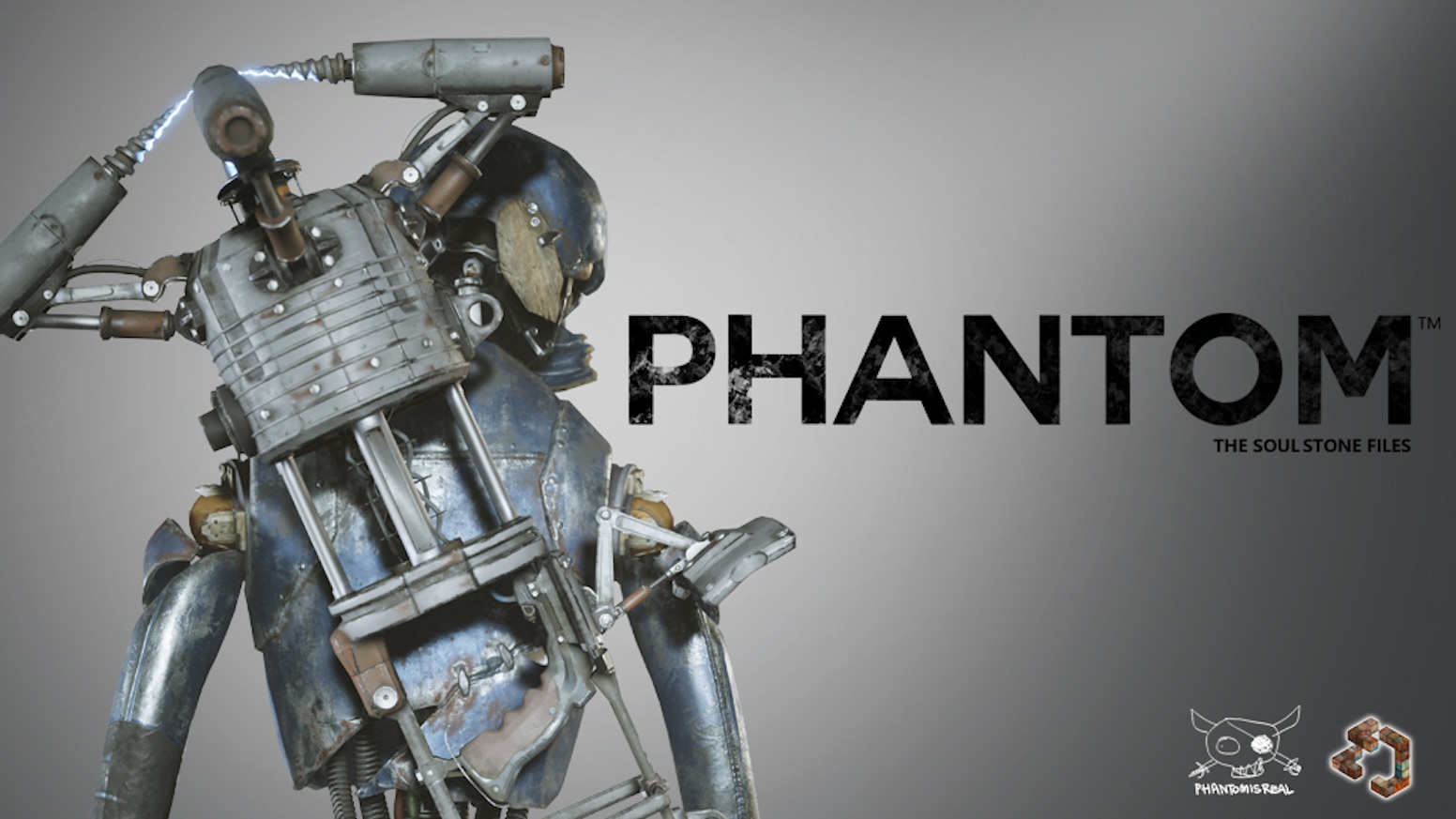 The protagonist of Phantom is a robot rather than a human. Phantom also contains a construction system based on realistic physics.