I started a project using the third person template inside the engine and I had a third-person character in the scene and in the outliner: 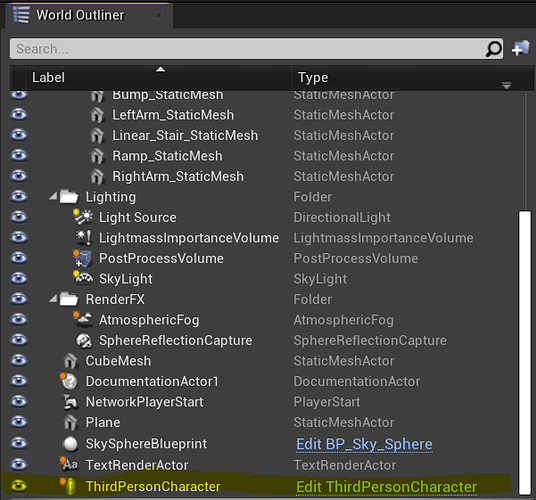 After I created a new level the third person character was only spawned when I played the level… so I can’t create references to it or at least I don’t know how.
If you can help me, I would be very grateful.

The engine automatically spawns your player controller at the map start point when you start play on a level and this is the one it uses for your main character… Where do you want to reference the character? In blueprints just use the “Get Player Controller” node and set the index to “0”…

How can we edit then?