These are the tools I miss from modeling tools

These are the tools I miss from modeling tools (if I remember any more I will edit the post).

-cut faces based on masked material

Thanks for all the suggestions!

cut/knife- You could use the polyCut tool which will allow you to draw a polygon shape and either cut the shape like a boolean or just insert the polygon edges.

shell selected- in the offset tool select Shell selected, distance will control the thickness so you can type in a specific value. Also extrude does need some finer controls

Bridge-yep, bridge and extrude edge would be usefull

cut faces- not sure I am clear on exactly what you are mean by masked material, in triselect you can select by material and then separate or disconnect based on that material selection.

Pivot editing- you can also hold down the ctrl after you select a transform axis, this will give you a snapping option for that axis. The interaction is a bit funky but it does help to get the pivot to better location

Thanks again for the input

It would be brilliant to have the equivalent of Blenders CADTransform and CADSketcher Add-Ons for precision modeling.

About the bug, I will look for some object where the problem is happening and send it to you, ok?

Thanks for the suggestions.

Numerical control, snapping and more precise transformation controls are definitely something we are looking at improving.

Maybe more precise navigation controls? Like being able to focus on mesh components and alt-navigation without having to use the “camera speed” setting every time

I am having hard time understanding why are the modeling mode gizmos so bad:

For example, this is cursor placement outside of the hitbox (the pink dot, screenshot doesn’t capture the cursor): 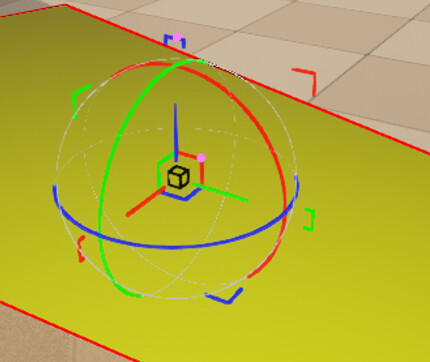 While you actually have to place the cursor to not intersect with the gizmo handle, over an empty space, to activate given handle: 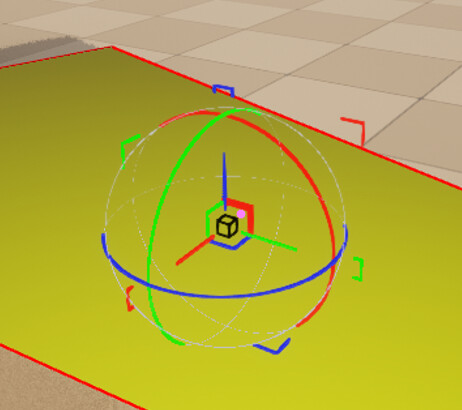 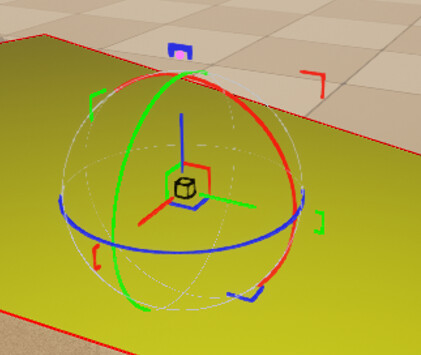 I’d understand this if this was some cutting edge research of something that hasn’t been done before, but there’s been about 30 years history of 3D offline DCC software as well as game engines with transform tools in their viewport, so it’s not like there’s no reference on how to get something as basic right

image1375×539 45.9 KB
Which is agitated by the fact editor settings are stored with the project, not the editor. Since UE5 is trying to have some usable modeling tools, it’s about time to get basics such as viewport navigation right.
endofthehall May 3, 2022, 3:51pm #8

Thanks for the feedback. Currently there is only the single gizmo, so you can not switch between a move, rotate or scale gizmo. We are definitely looking into the UX of the gizmo and more broadly how to make transformation, snapping and camera interaction more efficient.

Please keep sending the feedback. You can also rate and add comments to our public roadmap at:

What was a reason to write new TRS gizmos instead of using the existing system? The only flaw the current ones have (which the new ones address) is that they don’t orient themselves to the viewport direction, so that you may end up with some axes being occluded by others at certain angle. But I’d imagine it would make more sense to just add that view direction based orientation feature to existing gizmos rather than reinventing the wheel.

Was there something that specifically prevented the use of existing TRS gizmos with the modeling tools?

Having to use different types of the same purpose gizmos withing the very same 3D software just sounds like frustration.

I don’t have any problems with the all-in-one gizmo. I just miss some snapping.
I love that I can click anywhere with CTRL and start creating or cutting there =)

@Rawalanche There were some technical considerations that needed to be managed during the modeling mode development. We are working on resolving those so that we can have more unified gizmos.

@gustavorios2 There is some snapping with the gizmos, if you click on a specific axis then hit the control key while moving along the axis you will get a snapping locator.

oh! thanks for the tip

Speaking of the PolyCut UI or gizmo, I have a question. I’m attaching an image that I think summarizes the problem.

When I have used PolyCut in the past, the cut-out area was directly in front of the polygon drawn in the center of the gizmo. But as you can see in this screenshot, the cut-out area has a bewildering relationship to the polygon in the center. It is as if the gizmo making the cut were actually around a 35 degree angle rightwards from where it actually is and translated about 10 or 20 meters off to the right. It makes it almost impossible to create the cut I want.

What is going on? How can I get the cut to line up exactly in front of the gizmo polygon like I have seen every other time I’ve used it? 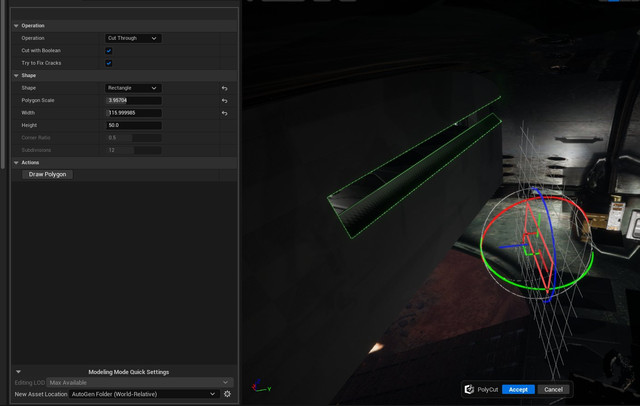 @demagoggles have you tried holding CTRL and clicking where you want to make the cut?

Thanks for pointing this out. I am assuming the mesh you are trying to cut has a rotation and non uniform scale value on it. It looks like the combination of those is causing the polycut problem. We are looking into it. You can use the transform->bakeRS to bake the scale values to 1,1,1 the polycut should be back to the center and not sheared when the scale value is uniform.

I am replying to confirm that endofthehall’s response fixed the problem. Thank you.

I’m just modifying the default cube model, which I then duplicated as a new model, then resized and rotated it like I would a brush. It’s still good for things like vanilla walls where you don’t need more than a rectangular prism, and cutting windows and doors would be common.

I think making the source of this issue more transparent to the user (or fixing the issue altogether) would be a good fix for the future, but I trust that y’all already know about it well by now and it’s tracked somewhere. Thanks for the quick fix in the meantime.

Glad it worked, your example did expose a bug with polyCut that we are looking into in addition to some corrections to the UX for polyCut and bakeRS, which should make things a bit clearer.

Thanks for the update!