Haven’t gotten to the audio yet, other than reducing the volume and pitch, but it still sounds awful. Much to do, I’ll get to it. Also my earth is blurry because I ran out of vram.

The station/mothership model is from www.solcommand.com[1] a few other assets are free (one was 5$ I think?) unreal assets

I have a carrier/mothership which has allied turrets that target and fire independently and can be destroyed as such, I also have the same for enemies

I have enemy fighters and basic AI that will kill you, not shown in this video though

Much of this is placeholder and basic, I’ve basically been working on this a week, other than writing (which is my primary hobby but it’s amazing watching a world I’ve dreamed about come to life around me, especially in VR, even though this is all very basic and primitive)

Lots is placeholder and really basic obviously, I’m a novice :^). But I feel like I’ve come far from where I started.

Working turrets as hardpoints that fire individually, and check to make sure they can see their target (and wont collide with mothership)

The idea is that you will have a home base that has resources, trade routes, etc, and you can research and buy new upgrades here for your ships. Also it will periodically be attacked and you will control the battle remotely through drones if your carrier isn’t there.

Now that I have my fighter, my carrier, and my basic base building, I can begin improving all of them and making an actual game. I’m not sure what I should focus on next, I have a lot of things to do. Maybe make a few basic levels and start getting content, or my tutorial.

Also a video of my gameplay: 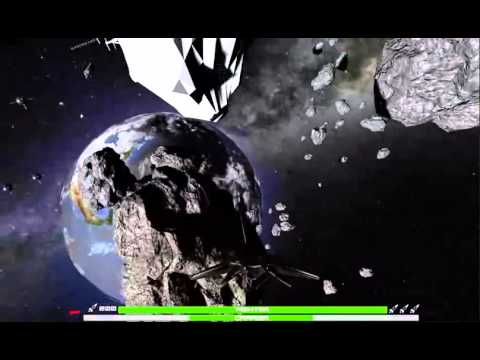