So here’s something I’ve been working on and off for, used no references and it’s my first attempt at environments, so things may look a bit odd 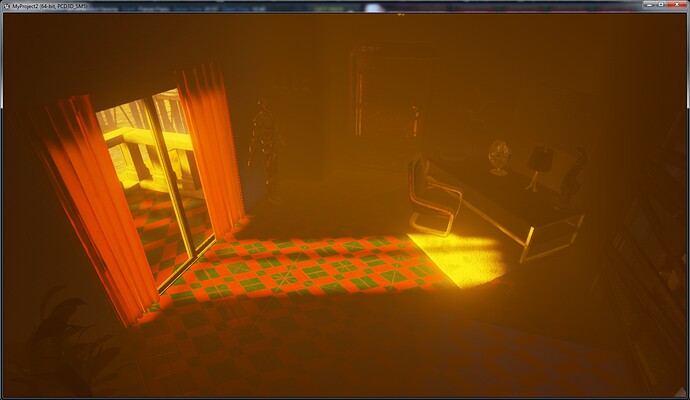 Criticism, regardless of whether good or bad, is always welcome so I can improve!

Looks like the way blade runner feels…good job sir, are you going to turn it into something (a game?) or just a scene? Ether way good job, cheers.

This looks pretty cool. It reminds of Dune which is always a good thing. You can almost smell the spice.

Thanks for the comments

I’m hoping to build a portfolio out of this + more so I’d very much appreciate any criticism for improvement. Thankyou!

no blade runner?! haha i would recommend having a movie night. looks great, looking forward to see how it progresses.

Amazing, if you find the time, please add tutorial

Great job so far fakado! Not to bad considering this was your first go around on environment. My first thoughts after seeing the screenshots was Spec Ops: The Line. Hope to see what else you create in future projects!

Thanks for the replies, trying another project focusing very much on sculpting environment, so fingers crossed it goes well

Also Thanatosx, anything specific you want me to try make a tutorial for?

As always, any feedback about this project is very welcome as I want to improve my skills before I even start University (to have that edge

Thanks for the replies, trying another project focusing very much on sculpting environment, so fingers crossed it goes well

Also Thanatosx, anything specific you want me to try make a tutorial for?

As always, any feedback about this project is very welcome as I want to improve my skills before I even start University (to have that edge

How did you achieve that golden color, is it a post process?

I really like the dusty, dirty feel to the sky, fakado, it is a desolate look!

Slow reply, sorry!
I managed to get my sky the colour it is right now by using the default sky sphere and unticking “Colors Determined”. I then changed the sunheight to a sunset level and played around with the Zenith, Horizon, Cloud and Overall Colours until I got that sky.
I also added a PostProcess with Vignette set at 0.5. It gives the screen a nice little tint without obscuring vision too much.
Bloom intensity at 1.7 and changed the LensFlare Bokeh Size to suit my needs.

Hey guys, been a bit occupied so the update was slow but now I’m back in gear. Made some tweaks to the images, see if you like it or not and as always, comments and criticisms are always welcome!

Removed fog from indoors. Added cobble and rock piles around the level so it doesn’t feel as empty as well as some minor terrain tweaks. Scrap Factory to the right side to occupy the large empty space and also added Light Shafts.

I also did not have any reference material for this image as I initially started making a room (now seen behind the blocked door) and then somehow I accidentally started making the environment around.
Also, all of the textures/assets used came along with UDK, I just played around with some settings for some of the materials as they were dull before.

Not entirely sure what more to add to it without it becoming overly cluttered so advice on what I could change or if it’s fine as it is and to move on to a new project would be welcome!

My apologies, I wasn’t aware something existed by that name. However, this is just the title of a piece of environment for my portfolio, I don’t have any current intention to turn this into a game.

Thank you for bringing this to my attention though, will try to make sure I google a name before I publish it in the future.

As always, criticism and comments are welcome on how I could improve!