Hey guys, I am wondering how would you make an open-world map? the reason I am asking is that amongst various methods such as “world machine” and “gaia” which I have tried there seem’s to be better ways according to this video: 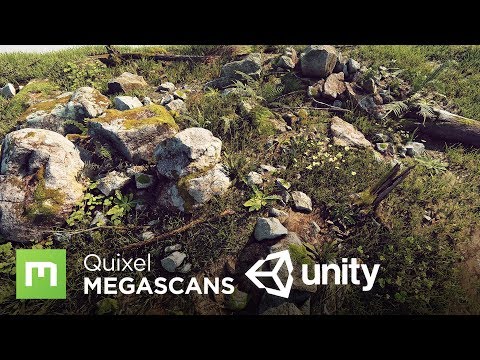 ^I know the video is Megascans + Unity but the same can be done in UE4 so.

Basically, he just puts down a flat plain and builds on it with Megascans objects etc, the result looks amazing, so instead of building an open-world map using certain textures, how would I go about building a whole (really big) open-world terrain using Megascans and the way it’s been done in the video above?

Would be OP? as the detail on such a scale would be MASSIVE lol so I’m wondering what is your opinion and how to make an open-world so beautiful and detailed such as in the video though that’s only a scene, I’m wanting to do one better.

If this is your first time making a level/map in UE4, then you will likely be overwhelmed by creating an open world map. If that is indeed the case, do yourself a favor and try designing a smaller level. Open the third person example project, and build a simple landscape. Use the mannequin to run around your level as you build so you can get an idea of how to establish proper scale and distance for an average size character in relation to your materials and assets.

If you’re ready to shoot for an open world level, than one) start reading the documentation to learn more about some of the Open World Tools UE4 already has that can make your life easier. Two) Start reading the docs about World Composition and Level Streaming so you can learn how to optimize your open world landscape. There is also a youtube tutorial made by Quixel that covers Megascans and UE4. Check that out if you haven’t already.

And finally, try downloading the Kite Demo and the Open World example to see how Epic set up their landscapes. You can learn a lot from there examples. Just be warned, you need a good machine to run the examples. I think they require a lot of RAM.

In my opinion, World Machine is a very capable tool for building a level somewhat quickly. I mean the natural erosion features are great, and the results are limited only by your knowledge. The best thing about WM though is the maps that it produces. You can generate Splat Maps in WM that can be used to not only define material placement in your level, but also asset placement. Which means you can produce different maps for different kinds of foliage to quickly place assets. After using maps to place your assets, you can then go in by hand and start tweaking things for a more custom look. I mean, Bethesda studios used WM and the latest release of the Geoglyph plug-in to build the Mars landscape in the latest release of Doom. So WM still works.

That is my general advice, take it or leave it. There is more than one way to build a landscape in UE4, you just have to find what works best for you. Do lots of research!

I would second what junfanbl says and admit that I am doing an open world map for my first game. I can share some thoughts:

So far I’ve gone through many iterations of a base map in World Creator until I was happy enough to bring it into Unreal Engine. I would say now, don’t try so hard to get it perfect first. I have had to do pretty major changes in UE. Once I had the terrain settled, materials, roads, foliage, etc. (Brushify stuff mostly) it became to start looking into locations locally and I realized that my map was much larger in reality than my imagined relative locations in my head. For example, I had made an area for a cabin on the top of a mountain. When I got around to placing an actual cabin and looking at scale by placing some vehicles and character meshes on the map, I realized that my house was sitting in a several football field sized area.

I added in foliage and filled out the areas, but then local locations seemed really far apart with not much player interest between them. The game I am building is closer to a Far Cry in game play, but the part about it and Breath of the Wild that I keep in my head is keeping the world interesting and alive. Random encounters, etc. I’m still doing it, but I had to put my work PM hat on and start documenting what’s where, why it’s there, how it exists, what it’s short history is, etc. I’m about 60 pages into a spec answering those kinds of questions. It turns out that it’s really easy to buy great looking assets, and you can assemble beautiful stuff, but it needs to make sense. So as I work through it and add locations, I have to go back and retrofit other locations to address logical holes they create in either story line or just common sense.

Kind of off topic I guess, but I would I guess add on to what he said, that building a big world is not just about can UE handle the assets. (it totally can) but it’s about building local locations and areas of interest that don’t make it seem like you put the player in an empty world. Also on the locations, it took me a bit of effort to not think of them only in the style I would play them.

It’s totally doable, but I would also recommend a beefy machine. I had to upgrade to keep from taking lots of breaks for shader rendering.