The Joker (My Version) For a UE4 Cinematic Called "Joker Origins"

This is a very early look at the Main Protagonist in my u coming cinematic in Unreal engine 4 called “Joker Origins”. Its a fan made Cinematic, so there is no real tie into the DC universe Officially…Im just writing a story along with my Wife and friends about a possible story for the Joker. Trying to unravel the mystery of who he is where he came from and what drove him over the edge. I know he was a criminal and later became the Joker but i want to really capitalize on his entire story in a modern way.

Tell me what you guys thing and any information or criticism will be appreciated thank you. 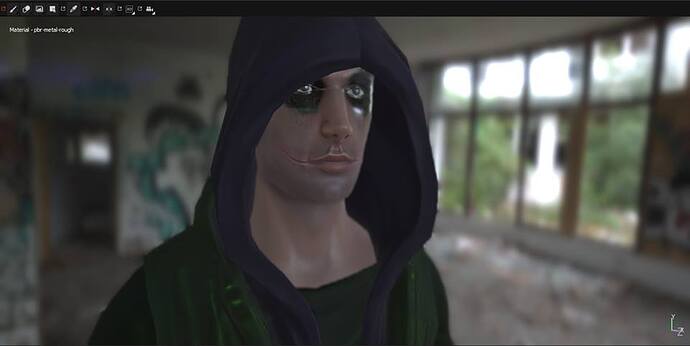 “We all have a story. A beginning. An end…This is my story, My begining, and my End” - Joker “Joker Origins”