The Intellisense and code suggestion not working properly ! 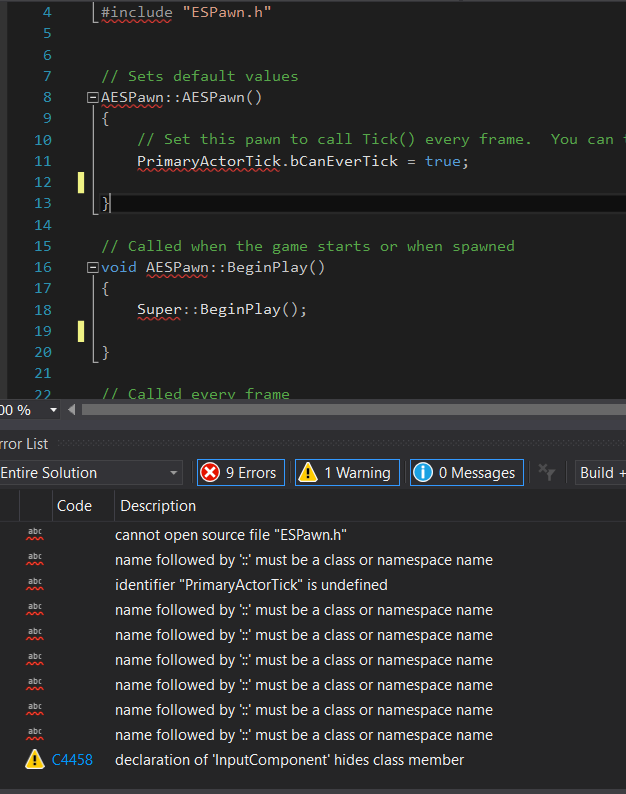 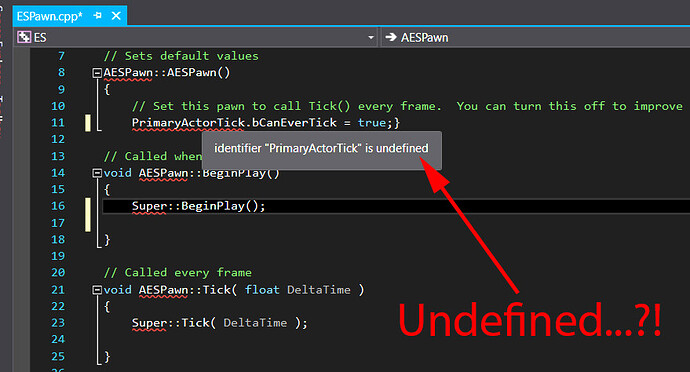 It is the first error you need to pay attention to . It is this that is causing the problem . “Cannot open source file”

It cannot find the header file that is #included in the pawn.cpp therefore none of the code in the .cpp is valid as it can’t find the definitions for it.

Not sure what causes this. Google returns multiple things to try . In you’re source files when you do a search is the actual header file present or is it unable to find it??

Intellisense is extremely slow on large projects like UnrealEngine. It can take a very long time to show correct information, if at all.

If you’re planning on spending any significant time in C++ and UE I’d recommend Visual Assist X or Resharper (although I’ve only used the former).

This is a known bug, you can fix it by compiling, switching to Development solution configuration and switching back.

Intellisense is finnicky with UE4, here are some tips when it isn’t working as it should:

but none of these solutions working for me !

Don’t know your issue, but just wanted to say: Do NOT regenerate project files… It is so frustrating, because it completely wipes out all filters and you have just 300 classes in one large list…

Usually restarting VS and waiting fixes it. Also try CTRL + J every now and then.

Also have a read here, maybe it helps https://forums.unrealengine.com/showthread.php?93546-For-those-who-suffer-from-Visual-Studio-IntelliSense-slowness

Apparently VS 15 (not the same as VS 2015) that’s still in beta has a much better C++ intellisense built into it, but until then I would recommend trying a trial of Visual Assist X or Resharper to see if that fixes it.

I use visual community 2015 and my intelli sense works just fine . Although I think having 32gb of ram definitely helps because it parses the .h files quicker.

Also sometimes there are certain .h #includes that used to be necessary to include to get certain fumctionality but now are already included in the engine code so by including again can cause errors

Sometimes these errors are caused by moving files and folders or renaming things too . Other than that can’t really advise much else because my problens were easily fixed where as the OP problem seems to be more difficult

Hi guys;
Finally I solved it: 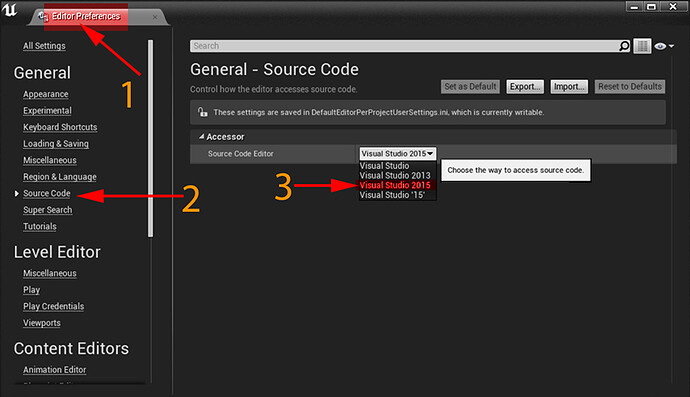 There is an extension called UE4 Intellisense…for the Macros like UPROPERTY. Do a search inside of VS 2015. Seems to work OK for me… Although, can be slow, like folks have already said.

There is an extension called UE4 Intellisense…for the Macros like UPROPERTY. Do a search inside of VS 2015. Seems to work OK for me… Although, can be slow, like folks have already said.

It seems unlikely, as it was last updated in 2016

I haven’t tried it myself, but you might want to check out UnrealVS Extension | Unreal Engine Documentation

I haven’t tried it at all, I just shared the link.
I recommend using Visual Assist X, it solved all my problems.

I haven’t tried it at all, I just shared the link.
I recommend using Visual Assist X, it solved all my problems.

You could also update to 2019 visual studio, lots of things are improved and fixed over 2015.