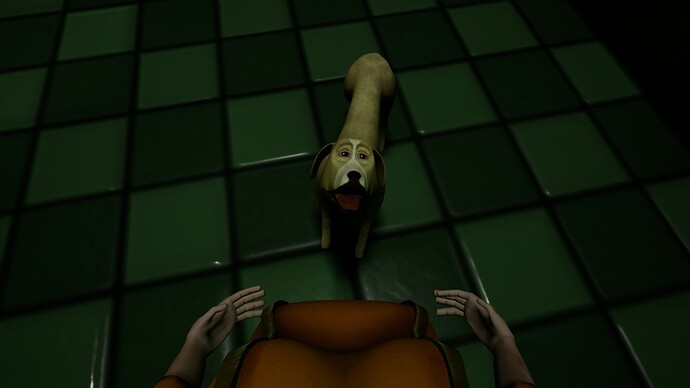 For the July 2016 “Epic Game Jam” I over 3 days made the game “The Dog Handler Show”. I liked this game so much that I decided to keep developing on the game. Now I have worked on this for nearly a half year and I still love the game, and I have therefore also decided to share with you, what I have made until now and what I hope to do with the game in the future. 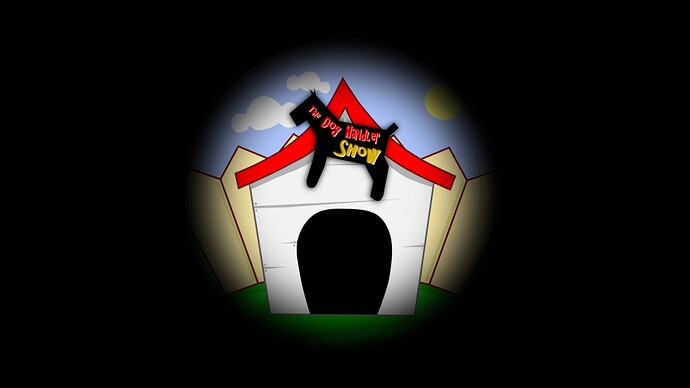 My idea for the game was and is to make a relatively simple, logic and fun first person puzzle game. For this game I am inspired by games like Portals and Q.U.B.E…

In this game you are a Dog Handler, and you are a participant in a tv game show called “The Dog Handler Show”. In the show you and your very obedient dog have to solve a lot of different puzzles tougher. The goal of the game to solve all the puzzles and in the end win the tv game show.

I hope this game will be a very relaxed, family friendly and fun puzzle game.

To make the puzzles with, I have until now made the following things: 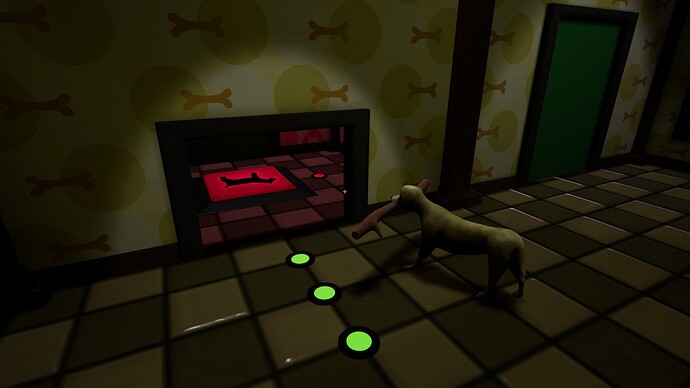 Now and the future

Right now i mostly working on making test levels and making some new and fun game mechanics. In the future will I alos be work more on the game’s story and make some music for the game. It is here very important for me to say, that game is still in a very early part of its development, so much can and will be changed over time. 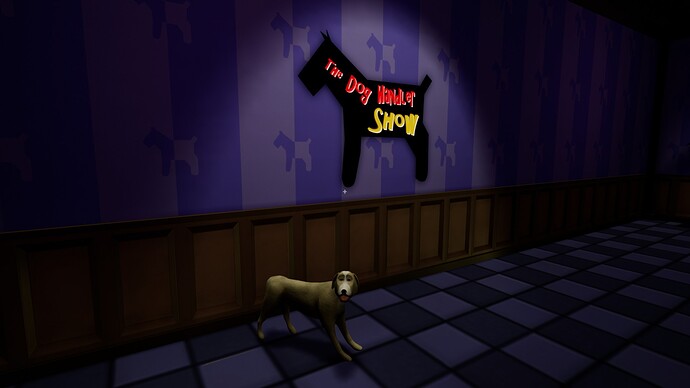 This is a game made by me alone, so therefor would I really like to hear if you have some ideas, thoughts, comments or you have something else you want to say about the game. All comments are welcome, but please be polite. To help you see what I have done until now, I have uploaded a free early access version of the game on Game Jolt. I promise that the version of the game I have on Game Jolt, will be updated when I have something new to share with you. So HEREyou can download the game.

Here are some of the things you help me with:

Thank you for your attention. You are by the way, very welcome to try the early access version of game HERE, and if you do, you are also very welcome leave a comment on the game. 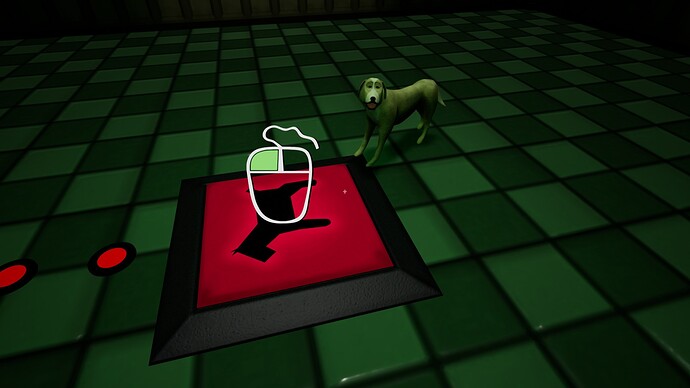 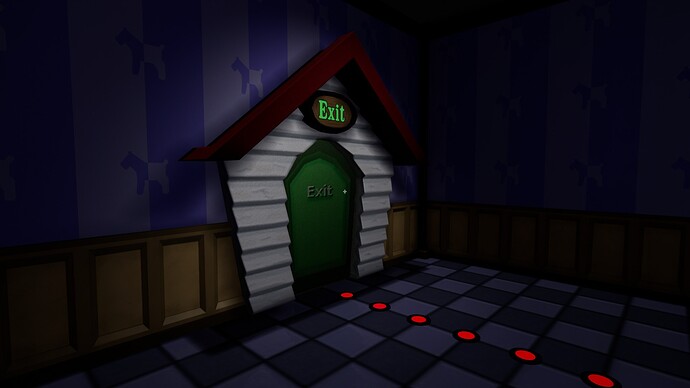 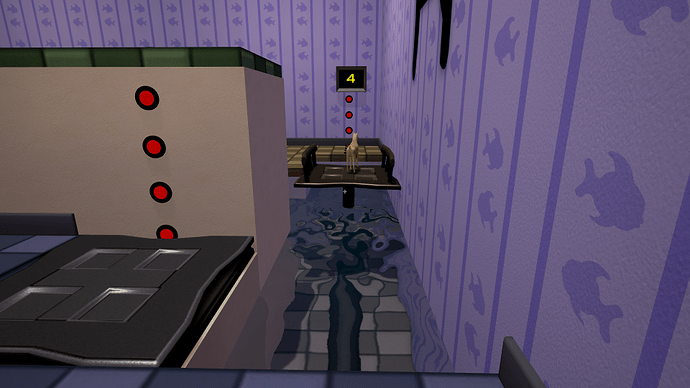 New levels
In this newest version of the game there is two new levels. This means that the game now have 14 levels in total.

Other changes
As always I have made a few bug fixes. I have also made some small visual changes, and I have made one more wallpaper.

What will happen next
For the next big update I especially hope to make some more levels. New game mechanics will also come later, but this will not be the main focus for the next update. A small update for the game will perhaps happen within a few days, but I will not tell more about this now.

You can come and try the newest version of “The Dog Handler Show”. You find it HERE. If you play the game, you are very welcome to leave a comment. Especially if you have some helpful thoughts or ideas.

A small update
I have now uploaded the fifth version of my game “The Dog Handler Show” on Gamejolt. You can try the early version of game HERE.

One more level
I have for this version of the game made one more test level. This means that the game now has 15 levels in total.

And as always are you very welcome to come and try “The Dog Handler Show” HERE. And if you do try the game, you are very welcome to leave a comment with both ideas and thoughts about the game.

New levels
I have made 4 new test levels for game, this means that the game now have 18 levels. 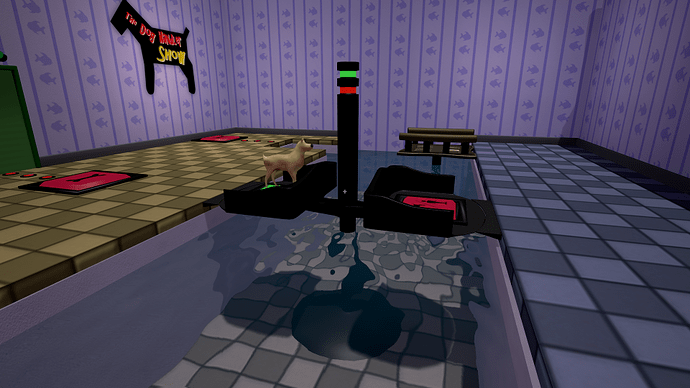 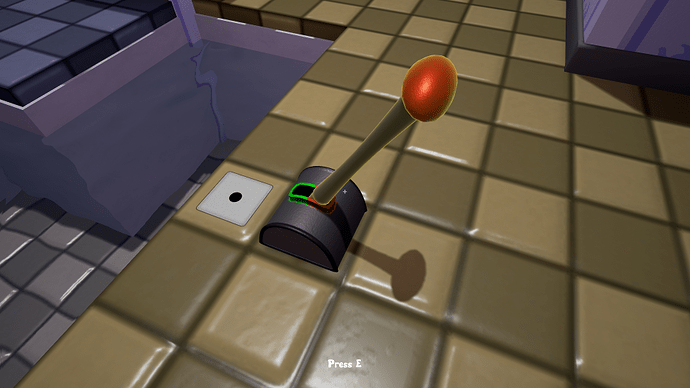 First review
I have received the first review of the game. The review was form the “Alpha Beta Gamer”. You can read it here.

And as always are you very welcome to come and try “The Dog Handler Show” HERE. And if you do try the game, you are very welcome to leave a comment with both ideas and thoughts about the game.

And now there is Music

I have now uploaded a new version of the game. For this version I have mostly focused on making music, but I have also made a few other changes.

All The changes
Here is a list of the changes I have made for this version of the game. 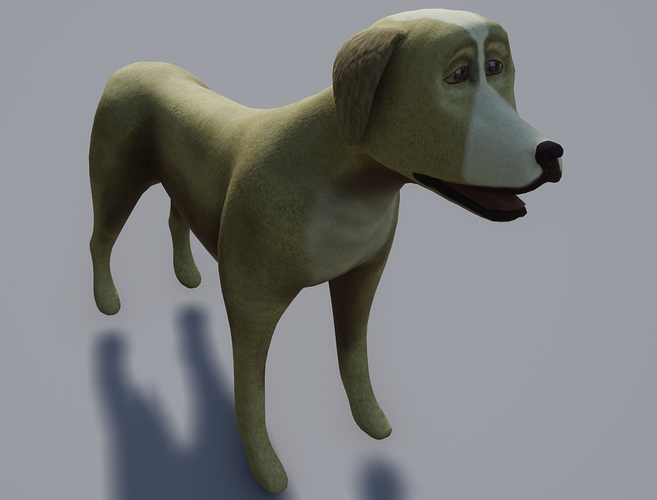 I have over the last four months made a lot of work on my game “The dog handler show”. The game is still not done, but it is playable, and is now much more visual beautiful. You can try the game for free here . If you do try the game, you are super welcome to leave a comment here on this page, or on the Game Jolt page.

Graphics
The most important part of this update is that I have made a lot of updates for the graphics in the game. Here is a list of some of the changes

New Dog Handler
The Dog Handler has now a body and some simple animations. I have also made a small update for the voice acting. This is the first real step to include the story in the game.

Improved level visuals
I have given the wall some simple wall panels. I have also improved the lighting of the levels.

Level titles
The levels has now titles. You can see the level title when the level starts.

Very cool concept! The Portal inspiration is definitely there, but mixing it with dogs makes it very unique. I look forward to it!

It has been a long time since I last have written about the development of the game “The Dog Handler Show”. It is important for me to say that this game still is under development, and it is still not nearly done. The main focus right now is to make the game ready to implement it’s story. 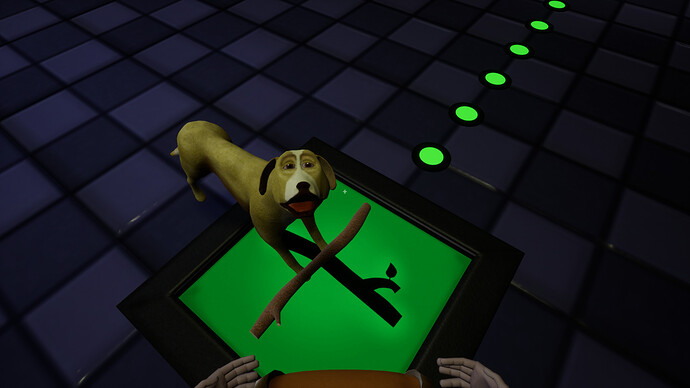