The concept of the neural network games.

Hello everybody!
I’d like to share with you the idea of ​​creating some game with the live world with the unpredictable reaction and always a new emotional gaming experience.
The entire game is part of a fractal of a live creature which is total world og the game in fact.
The game world is ruled by a large neural network on the server, the elements of this network are all game objects.
Each level of the hierarchy has its own response to the lower level event.
Network Learning takes place both in during the creating the game and during this one too, if it’s describing in detail what is the proper response.
The server does all the calculations and the clients receive information of the status of the location.
The interaction with the world must be part of gameplay.
For example the deforestation can become the reason of the appearing the desert and destruction the local economy and then create a new one. The sellers come to the market in another city and this is changing commodity, trade relations, prices, culture, clothing and appearance. Quests procedurally adapt to the situation.

It’s possible to try to implement the part of such world in a very simplified form within the elementary scene. 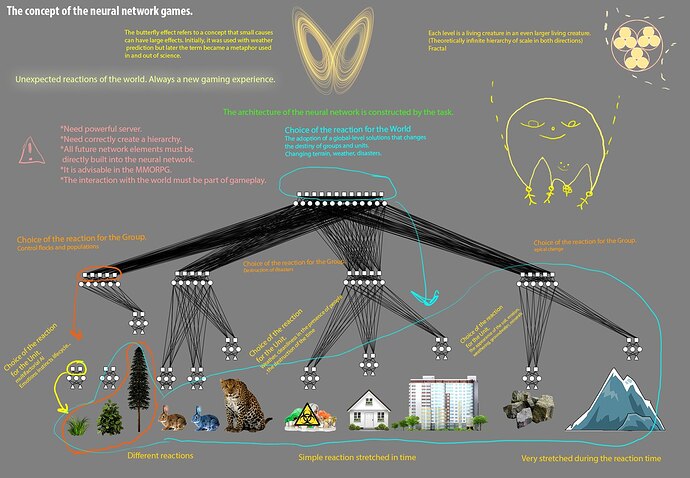 I’m planning to try and code a neural network. It will be like walking into a dark forest for me, but I have defined goals for the target outputs. If anyone is willing to team up, throw me a word coherentblock@gmail.com

I imagine it to be object oriented only so far. Also I was thinking of implementing a self-learning element to it just to make it a bit more useful, I would appreciate any links, tips, previous tries, any info on this which has directly to do with actually doing it. I have read and watched plenty of conceptual stuff by now to actually get to the building. I have touched on all kinds of machine learning techniques the most, If I succeed, or if I don’t - I’ll post the result here i suppose.
Good luck me, and you.

P.S.
mostly influenced by Andrew ng and Robert Sapolsky from youtube, those two really drive this idea for me, if you haven’t already watched it, I recommend to - totally cool stuff! 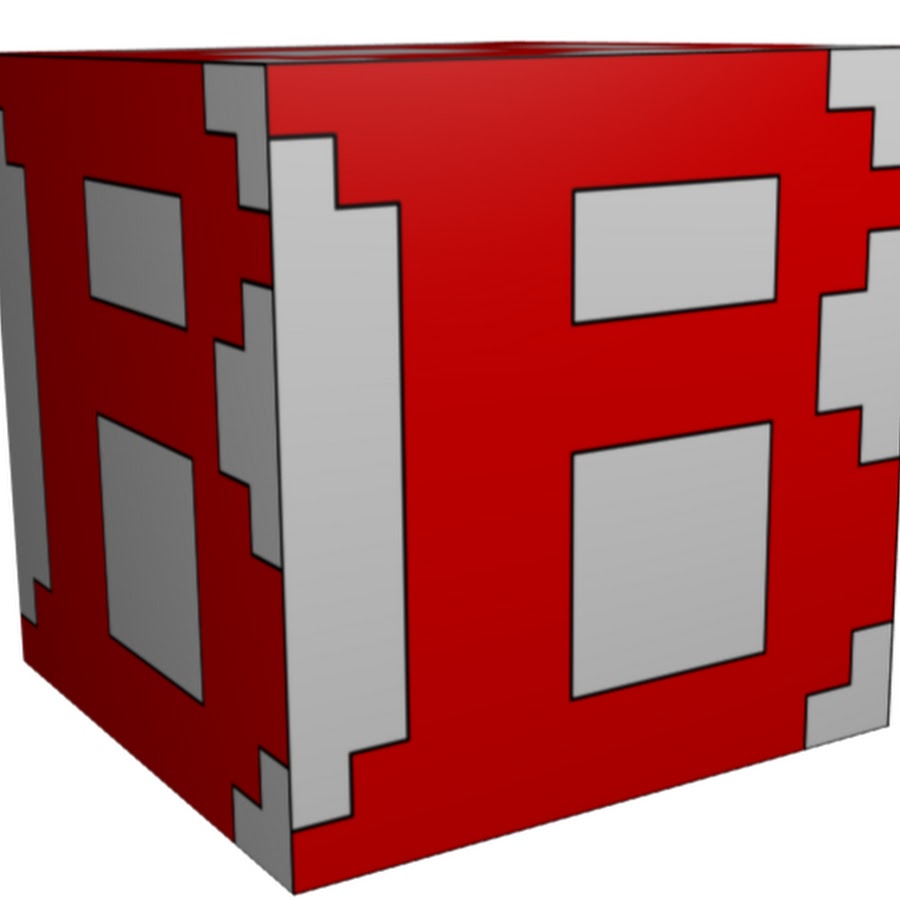 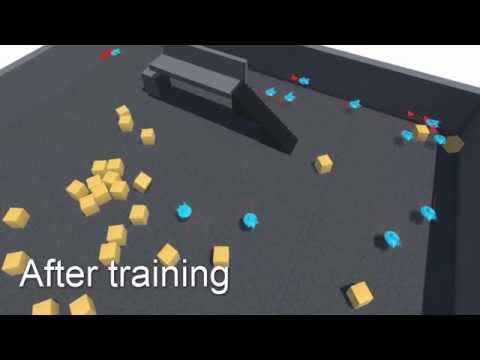